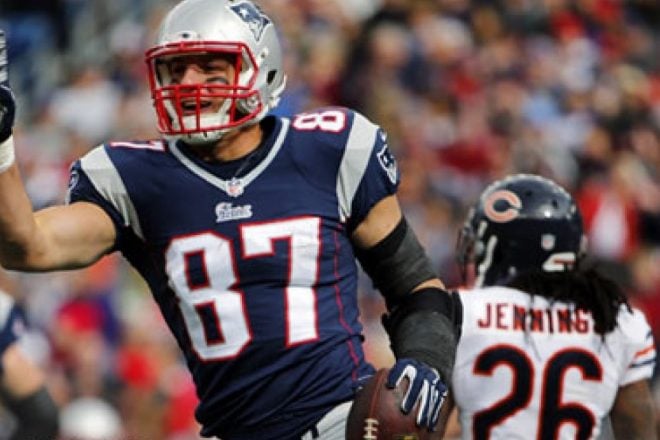 Rob Gronkowski may be a fun-loving guy off the field but he’s all business on it, and on Tuesday he got a little recognition as he and Dont’a Hightower joined an elite group for the first time in their careers.

According to ESPN’s Field Yates, the two veteran players were among four players named as captains, joining Devin McCourty and special teams standout Matthew Slater into that group.  It’s a first for both Gronkowski and Hightower, and certainly says a lot about the respect they’ve each earned in the locker room.

For McCourty and Slater, they’re no strangers to the honor, having been named as captains for the sixth straight season.  But it marks the second straight year two players joined the ranks as first-time captains, with Ryan Wendell and Nate Solder each experiencing it for the first time last season.

Two notable names missing from this list are Brady and Ninkovich, with both players who were captains last year and are currently serving suspensions and are not with the club at this time.

Some may mention the absence of Brady’s name, as he had been a captain for 14-straight seasons coming into this year.  Given the fact the focus is likely only on the guys in locker room (as Bill Belichick likes to remind everyone), Brady most likely will ascend to that role and make it 15-straight when his suspension is over.

By: Robert Alvarez
The Patriots show off their customized cleats for the NFL's annual "My Cause, My Cleats" campaign over Instagram.
14 hours ago

By: Russ Goldman
In this episode, we look back at the loss to the Vikings on Thanksgiving, and later on, we preview the upcoming game against the Bills.
22 hours ago