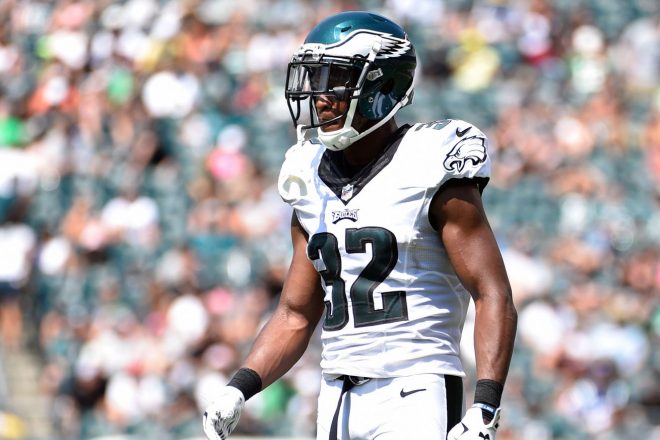 The Patriots just traded guard Josh Kline and a conditional 4th round draft pick which could become a 3rd rounder to the Philadelphia Eagles for CB Eric Rowe. This news was broken by NFL.com’s Ian Rapoport.

Rowe, a 6’1, 205-pound cornerback for the Eagles has fallen down the depth chart recently and Philly was contemplating moving him to safety where he played for three years at Utah before moving to corner.

Philly selected him in Round 2 with the 47th Overall pick in the 2015 NFL Draft. This could be a look to the future since Logan Ryan is expected to be a free agent in 2017. Or perhaps the Patriots are looking to this week facing the bigger WRs of the Cardinals and will maybe plan on using him in a sub-package role.

It will be interesting to see where the Patriots envision him on playing since they have an abundance of safeties.

Kline had 18 starts in his Patriots career and was thought to be the backup right guard behind Shaq Mason, until Mason broke his hand. That job may now fall to Jonathan Cooper.

******Update****** This is from a piece I wrote last year about Rowe prior to the draft and how he’d fit with the Patriots:

Rowe is one of those guys who is being perhaps over-scouted and now draft pundits are possibly over-inflating his position after a very good Combine performance. Where he was seen as 3rd-to-4th Round prospect prior to the Combine, he’s now being mentioned as a 1st round guy. In that case the Patriots would likely pass.

If he were to go later in the draft, he’d be a very intriguing prospect. The best thing about Rowe is his versatility. He can play outside corner, in the slot or at free safety. And as we all know, Bill Belichick loves versatile players.

Rowe is at his best with the play in front of him and may be best suited in a zone scheme with safety help over the top. But that isn’t to say he hasn’t or can’t play man as a corner. He has the things a team would want in a cornerback, length, good speed and explosiveness on the ball. But with only a year under his belt playing the position, he’s still on the raw side.

If they select Rowe, he could be cast in a role similar but not quite the same as the team used Browner last season. He’d be the bigger, more physical corner that they’d use with safety help over the top.

His versatility though is very intriguing as in the case of an injury, he could step up and play free safety seamlessly. With some experience and coaching at the next level, Rowe could be a quality starter for the right team in the NFL. He probably wouldn’t be an immediate starter, but might take a year to develop.