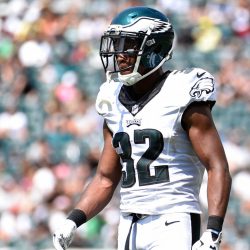 The Patriots just traded guard Josh Kline and a conditional 4th round draft pick to the Philadelphia Eagles for CB Eric Rowe.

Whether the false reports of the Patriots releasing center Bryan Stork or the actual news of his trade to the Washington Redskins shocked you or not, one thing became clear: David Andrews is going to be the starting center.

The team is banking heavily on the return of coach Dante Scarnecchia who was retired for two years. The health of this group is a big question mark