Patriots to Rely on the Strength of Gronk and Bennett

With the release of the 20 players on Saturday, the Patriots have made their initial 53-man roster. It is interesting to note that the breakdown consists of essentially 4 WRs (five if you count Matthew Slater), 4 TEs and 4 RBs with a FB (James Develin).

The good news is that Danny Amendola will indeed begin the season on the roster and not on PUP and the fact that they kept just four wideouts to begin means that rookie Malcolm Mitchell must be very close to returning to action.

So what can we expect to see from the Patriots offense based on the personnel they’ve kept. One thing is for sure, with four TEs on the roster, you can expect a lot of the two-TE run heavy sets in either “12” personnel (1 RB, 2TEs, 2WRs), or in the “22” personnel with (2RBs, 2TEs, 1 WR).

With Rob Gronkowski and Martellus Bennett, the Patriots have bookend “Y” tight ends that can be excellent run blockers with James Develin leading the way. We can expect a lot of run-heavy formations like this with either LaGarrette Blount or James White in the backfield. With the extra blockers in-line, it will open up some holes in the running game and put the offense into favorable down and distance scenarios. 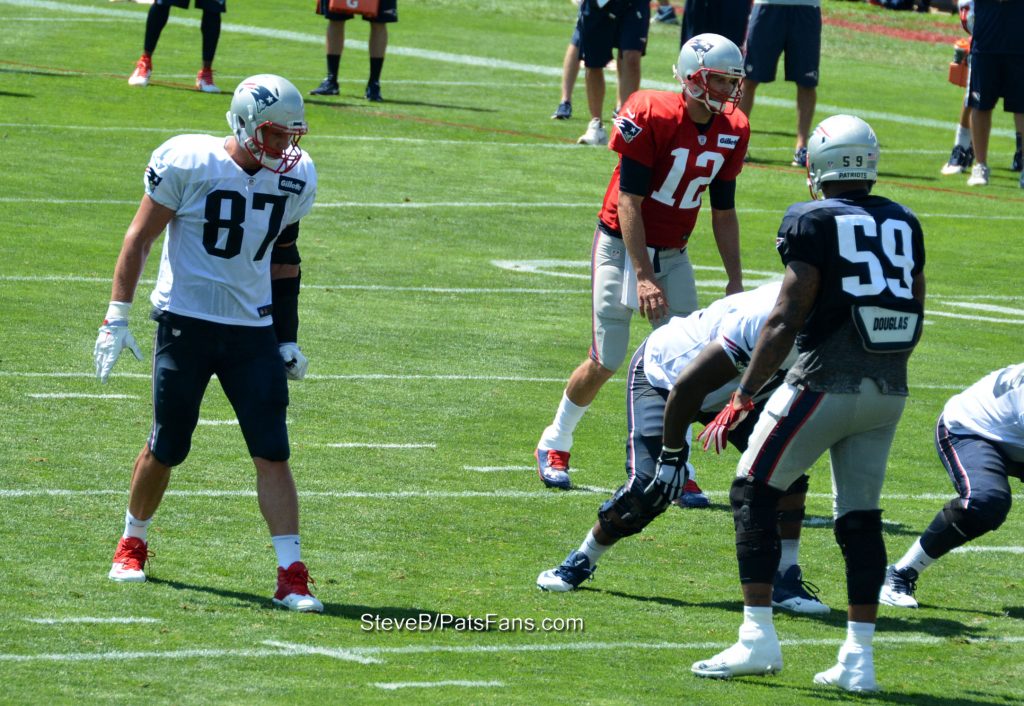 Of course, it also opens up the play-action passing scenario as well. Opponents will have to respect the run and with Gronkowski and Bennett, they’ll be able to face a base defense with each at times getting isolated on a linebacker.

With Julian Edelman and Chris Hogan getting the majority of reps initially, we can expect them to each rotate in and out of the slot. Hogan is a bit bigger and faster in the straight line but not as quick in the short areas and out of cuts. They’ll move them around to find favorable matchups but look for Hogan to take over the old Brandon LaFell role as the “X” until Mitchell is healed up.

White and D.J. Foster are the third down and passing backs and each brings a little bit of a different element to the table. White has the experience and knows the offense inside and out. Foster is still learning it, as he missed a ton of time this summer. He still needs to work on his protection and ball security skills but he’s electric in the open field.

It will be interesting to see if the Patriots move him in motion and slide him into the slot on occasion, something he did in college at Arizona State. He and White give them a couple of nice extra pieces in the passing game. Jimmy Garoppolo will have some intriguing weapons to work with now.

The key is to get the rust off of Amendola as quickly as possible and hopefully get Mitchell back on the field as soon as possible. They have some very impressive pieces to exploit mismatches on the field with. The problem is, in the short term, that most of them haven’t worked together as a unit all summer.

There’s lot of work to get done before they head out to Arizona to face the Cardinals. But the coaches and veterans can get it moving in the right direction as soon as they get back to practice. It is time for Jimmy G. and the veterans on the offense to step up and put the work in.
Follow me on Twitter @SteveB7SFG or email me at [email protected]