6 years ago at 7:27 am ET
Follow @SteveB7SFG
Posted Under: Patriots Commentary

Marcus Cannon has been a lightning rod for criticism the past few years from Patriots fans and members of the media. The 2016 season won’t be any different. Whether you’re talking about his contract or that awful AFC Championship Game in Denver, folks tend to expect the worst when it comes to the 6th year tackle from TCU. And one of the things the team should have addressed this spring was finding a right tackle of the future. But they didn’t.

With the news that Sebastian Vollmer is going to go on IR for a myriad of shoulder and hip issues, shouldn’t be surprising. Vollmer is a good, tough right tackle who has been banged up with a variety of back and knee woes for quite a while now. And at age 32, those don’t get better with big interior linemen. The writing was on the wall with Seabass and now with him being a free agent in 2017, he’s probably going to be moving on next year regardless if he’s able to come back this season or not. 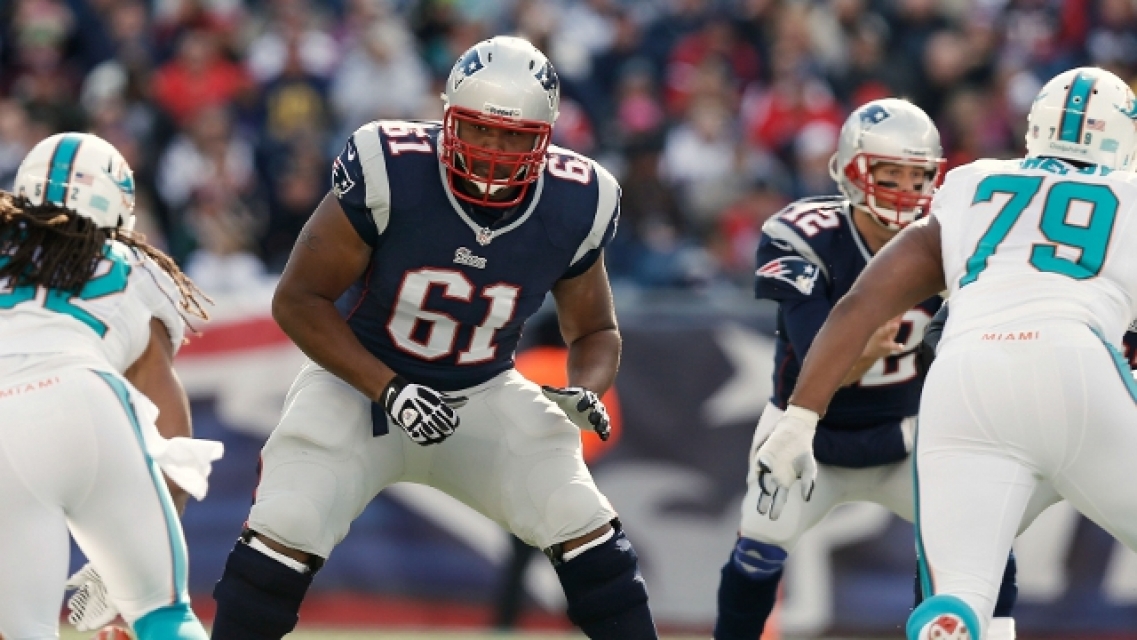 We’re not going to go overboard and jump on Bill Belichick and Nick Caserio the way some do around the Boston area and with good reason. Show me another team that consistently fields a team that wins double-digit games every season in the NFL and every season takes a team deep into the playoffs.

It doesn’t exist outside of Foxboro and the two guys at the helm always seem to find a great mix of players that buy in, work hard, and invariably get the job done. It is always easy to sit up in the cheap seats and point out flaws in what went wrong after the fact.

However, this is one of those times that they should have perhaps taken a look at where they’ve addressed their offensive line in the past few years and perhaps moved their focus to the outside. In the past three years, the team added centers, Bryan Stork and David Andrews. At guard, a year ago, they drafted Shaq Mason and Tre’ Jackson. This season, the Patriots traded for guard Jonathan Cooper then drafted guards Joe Thuney and Ted Karras.

So we get that the offensive line was beaten up last year and that former coach Dave DeGuglielmo may not have been able to reach the players that Dante Scarnecchia had. That’s why Scar was brought back into the fold and was tasked with re-energizing this unit in 2016 so that we don’t witness a retake of the debacle that Tom Brady’s protection was down the stretch a year ago.

Scarnecchia and Belichick have always loved Cannon, seeing the potential that many of us don’t see on a day-to-day basis. Belichick in his Monday press conference went into detail praising Cannon’s work in the Chicago preseason game. To his credit, Cannon has been good this summer. Especially in the running game where he’s been able to get a consistent push up front and has pancaked quite a few would-be tacklers.

He’s moved better as well in pass protection, part of it Cannon credits to slimming down, eating right and working on his quickness. When he was drafted by the team in the 5th round of the 2011 draft, he tipped the scales at 358 pounds. He’s now listed at 335. Also a year ago, he was dealing with a toe issue which definitely would affect his mobility. But given the injury situation to the team a year ago, anyone that could walk was going to play.

Cannon’s biggest knock has been consistency. He’s played well in stretches but hasn’t been able to put anything together for any length of time. Scarnecchia, who has always been in his corner will go about trying to change that aspect of his game. With Vollmer out, for perhaps the entire season, the job is his now as it has been since Day 1 of spring OTAs and minicamp.

Scarnecchia can bring out the best on anyone, that’s why he’s been in the league for so long. He’ll bring out the good in Cannon. Because Cannon can be a good tackle in the NFL. But the Patriots, who have been on top of the heap for more than a decade don’t deal in “good” when protecting the best QB in the game.

They should have been looking for better than good this spring. Ultimately, we’ll learn how they fare once the games begin in earnest. Because the real tests for the offensive line and Cannon will be not in the preseason but once the team hits the desert of Arizona.