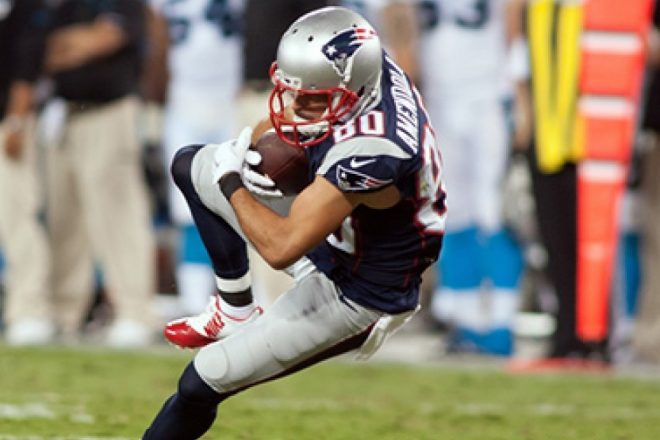 Some interesting stuff on this Tuesday morning, so let’s get to it.

Gronk GQ Article Comes Out – We had seen the cover when it first was released last week and the feature story on Rob Gronkowksi in the latest edition of GQ is certainly interesting to say the least.

GQ’s Devin Friedman had the honor of following Gronkowski around for this story, getting a first-hand glimpse into what life is like behind the scenes for the Patriots tight end, or at least what it’s like during a quiet period in the offseason.  As Gronk tells Friedman in the article, the person people thinks he is isn’t the person Gronk allows himself to be during the season.  All the partying, the fun, it’s done with limits as his job on the field is obviously something that’s important to him.

Friedman’s time with Gronkowski happened down in Miami, where he spent time with Gronk, who was with Bobby Goon, his driver, house manager, bodyguard and constant companion and his friend Mojo Rawley.  Also joining them was his agent, Mike Katz, and Gronk’s brother Glenn.

The group crashes at Katz’s apartment, which is something Gronkowski apparently does when he visits down there.  He doesn’t stay at fancy hotels, or in lavish places, he prefers to be there with his friends, surrounded by the people he trusts.

The pictures we tend to see of Gronk out partying and loving life paint one picture, while the reality of the situations it likely creates are a little more complex at times than many of us probably realize.  Friedman points out something that happened during their evening that probably occurs often, and it’s also probably why Gronkowski prefers being in a group with his friends.

The group went out to dinner at a local restaurant, where they sat hidden behind a curtain in a private area to enjoy their meal.  But that didn’t stop someone from trying to interrupt them.

Just then a woman pulls back the curtain that separates our table from the restaurant. “Gronk!” she says. She can’t get half the word out before we all hear it: Boston accent and a presumptive tone. “Can I get a picture with you, Gronk?”

Moments like that really bother Gronkowski, with Friedman then revealing that it’s one of the frustrating parts that the veteran is forced to deal with, even though he’s a guy who really cares about trying to make people happy.

Gronk looks at me. It’s the first time I see a helpless expression on his face. A pained expression. This is what brings Gronk low. He doesn’t understand it, really. This ownership people feel they have over him. It’s unusual, even for a famous athlete. It may be because Rob broadcasts an image of availability, of ease and lack of airs. People walk in feeling like they already know him and have been invited to party shirtless with him. And that’s when slings/arrows appear. “My pet peeves are people touching me a lot,” he says. “Random dudes grabbing me and slapping me across the back. They’re not doing it on purpose, but it’s like they forget I’m a person. But you can’t do anything about it. What are you going to do?
“People misunderstand who I truly am,” he says. “Truly who I am. If I go somewhere, people just think I’m a party boy 24/7. Like, it’s a Monday night and I walk into a restaurant and people start handing me shots. I’m like, Yo, I’m in season right now. I just played a game, I can hardly walk.”

It painted a good picture of some of the conflicts he obviously experiences.  The article goes on to illustrate their evening out, where Gronk has fun and reveals his favorite drink – “Vodka and water, with a lemon or a splash of cranberry” – along with his reasoning behind it “it puts the water in you while you’re drinking. Vodka water, so you’re getting your fluids.”

Who can argue with that logic?

Interestingly enough after their night out, it was cut somewhat short by the fact he had to get up in a few hours for an early flight to Phoenix, where he was scheduled at a benefit for the Muhammad Ali Parkinson Center.  After doing a little digging, that event happened back at the beginning of last month, which gives you the timeline for when this article was put together.   For that Gronk joined Muhammad Ali, David Foster, Carson Palmer, Bruce Arians, Larry King, Melissa Peterman, Amy Van Dyken and others in a massive event that raised money for a fundraiser, which included auctions for various experiences, one of which was for a, “VIP experience to watch Rob Gronkowski play in a New England Patriots home game in the “Gronk Box” with Gronk’s family.”

He’s a busy guy and he does have fun, but he’s also busy trying to do his best to give back.  There were certainly some silly moments in the article, but at the end of the day, the more you learn about the guy, the more you can’t help but appreciate the fact he’s a New England Patriot.

Amendola’s Availability to Start 2016 in Doubt – Some frustrating news on Monday after Jeff Howe of the Boston Herald reported that after suffering ligament damage in his knee in Week 11 last season, Danny Amendola recently underwent surgeries on his knee and ankle earlier this offseason.

According to Howe, those surgeries and subsequent rehabilitation could put his availability to start the year in doubt.  That news comes after news broke last week about the fact Julian Edelman was spotted in a walking boot after he reportedly underwent another procedure on his injured foot, which also has his availability potentially in question.

That leaves just newly signed Chris Hogan as the one receiver who remains healthy at the top of the depth chart, with Nate Washington, Keshawn Martin, Aaron Dobson, Chris Harper, Malcolm Mitchell, Devin Lucien and DeAndre Carter as players who may see some extra reps in camp while Edelman and Amendola recover.

Fortunately the Patriots should have Gronkowski and offseason acquisition Martellus Bennett healthy to start the year, which at least gives them some firepower offensively until those guys can get healthy.

Freeney on Coming to New England – “Would be a win-win” – Patriots fans know all too well the kind of problems former Indianapolis Colts defensive end Dwight Freeney created playing against Tom Brady, and Freeney apparently wouldn’t have an issue playing on their side for a change.

Freeney is currently in football limbo as he continues hoping for a return to the Arizona Cardinals, where he spent the 2015 season.  However, while speaking to MMQB’s Peter King, Freeney was asked about the prospect of playing for New England and apparently wouldn’t rule that idea out.

“Well, that’s hard to fathom. But I’m not against Bill [Belichick],” Freeney told King. “I understand the dynamic involved, but at the end of the day, this is a business. My first allegiance right now is to Arizona, if they’re interested. But if it happened that I ended up in New England, I can tell you, both sides would win.”

Having sent Chandler Jones to Arizona, the Patriots could certainly use another player to help get after the passer and Freeney is coming off of a solid season.  He played in 11 games in 2015 and finished with eight sacks along with three forced fumbles, and coming to New England would obviously give him another shot at a Super Bowl.

Stranger things have certainly happened and if it doesn’t work out for Freeney in Arizona, that will definitely be an interesting situation to keep an eye on heading into training camp.

Patriots will hold joint practices with Bears – The New England Patriots announced on Monday that they’ll be holding joint practices together in Foxborough on August 15th and 16th, which will give them an opportunity to get some extra work in prior to their exhibition game on August 18th.

The joint practices have been something welcomed by head coach Bill Belichick, which has seen him use those opportunities to simulate game situations that otherwise might not normally occur in a non-controlled environment.

Last season the Patriots went to West Virginia to practice with the New Orleans Saints, and the Philadelphia Eagles came to Foxborough the year before in 2014.

Vinatieri Was Nearly Cut By Parcells Early on in 1996 – An interesting article appeared on the New York Daily News’ site referencing a conversation between Mike Francesca and Bill Simmons on WFAN.

According to Francesca, then-Patriots head coach Bill Parcells was frustrated with new kicker Adam Vinatieri, who Parcells made the difficult decision to replace long-time kicker Matt Bahr with after that preseason.

At the time, according to the Indianapolis Star, Parcells told him, “I’m going to give you an opportunity to show me what you’ve got, and either you’re going to shine, or you’re going to pack your s— and get out of here.”

Vinatieri had a rocky start just three games in and after missing three field goals in a 17-10 loss to the Bills in Week 2, he was apparently on the hot seat.

With the Patriots sitting with a comfortable 28-0 lead over Arizona with 30 seconds to go, Parcells sent Vinatieri out to attempt a 31-yard field goal.  That kick might not have held much importance to the game but according to Francesca, Vinatieri’s future as a Patriot seemingly was hinged on it.

Francesca revealed Monday that Parcells told Vinatieri, “You better make this field goal,” citing a conversation he apparently had with the former coach about the kick.

Fortunately for Vinatieri and the rest of Patriots Nation, he made it and Parcells stuck with him.  He’s had an amazing career and is now the oldest player in the game at 43, ironically having surpassed the 40-year old Bahr, who was done as a kicker in the NFL at that point, with the 1995 season having been his last.

As for Vinatieri, he’s now heading into his 21st season in 2016, and still plans for playing a bit longer.

“Not only a season, but Lord willing, a couple of years,” Vinatieri told the IndyStar about how long he wishes to keep playing. “There will come a time when it’s over for me. I don’t think that time is yet. I enjoy playing. I enjoy doing my thing.”