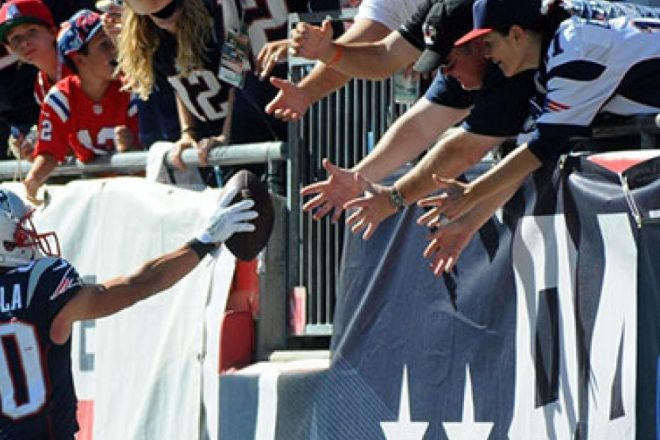 Coming off of a recent foot surgery, the Patriots already find themselves in a situation where they need to be cautious with wide receiver Julian Edelman heading into this season.  The only problem is, the guy who usually steps in if Edelman is out may not be available when the regular season kicks off.

According to the Boston Herald’s Jeff Howe, Edelman’s teammate, Danny Amendola, suffered ligament damage to his knee during Week 11 last season and suffered further “tweaks” to that knee and recently underwent knee and ankle surgeries.  According to Howe, Amendola’s rehab could impact his availability to start the upcoming season.

The veteran wide receiver recently took a pay cut to remain in New England, but the good news is the Patriots obviously knew about his injury situation, so the fact they extended him is a good sign that there’s no reason to believe the severity is bad enough to cost him any further availability once the season starts.

New England is loaded at that position heading into training camp, which should set up a pretty good competition, especially down the depth chart. The team is currently carrying 10 receivers, excluding special teams captain Matthew Slater (who makes 11).  Edelman, Amendola, and Chris Hogan would seemingly be the top candidates, while players like Keshawn Martin, Nate Washington, DeAndre Carter, Malcolm Mitchell, Chris Harper, Devin Lucien and Aaron Dobson will each be competing for roles.

As a result, Amendola joins Edelman among two key players for New England who all eyes will be on when things kick off in just over a month from now.