7 years ago at 12:29 am ET
Follow @IanLogue
Posted Under: Patriots Commentary 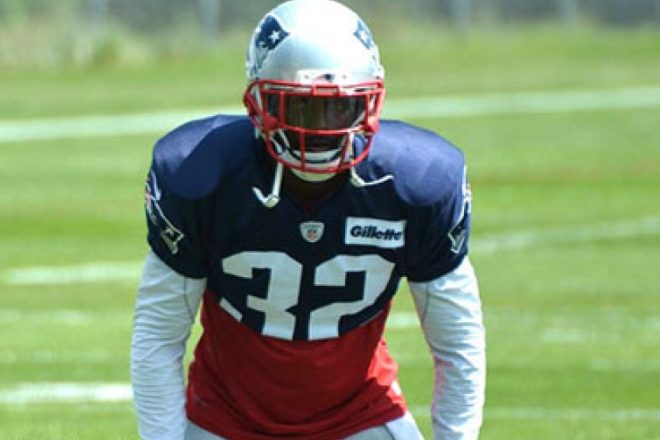 There’s no question that the Patriots are still in need of answers other than Malcolm Butler at the cornerback position, and that didn’t change much Saturday night after Drew Brees and the Saints had their way against New England early on.

To combat New Orleans’ potent offense, Bill Belichick opted to move Devin McCourty back to cornerback Saturday night, with the veteran safety spending time back at his old position on the right side opposite Butler early on.  Unfortunately it didn’t go as well as they could have hoped, with McCourty getting beaten early in the game on a deep post, and his back-up, Duron Harmon, also couldn’t stop what ended up being the Saints second touchdown of the contest.

McCourty didn’t look comfortable out there, and after the game he admitted that he wasn’t exactly thrilled to not be at his normal safety position.  According to Tom Curran of CSNNE, McCourty called the move “frustrating” while reportedly also telling him, “it doesn’t matter” what he thinks or feels.  “It’s up to the coaches”.

When asked whether or not going back to corner was like riding a bike, McCourty told Mark Daniels of the Providence Journal, “No. Not at all.”

The Saints first unit had a lot of success early on against New England’s secondary, making several big plays, including an 18-yard completion against McCourty on a 2nd-and-10 from their own 37, followed by a 45-yard bomb to Brandin Cooks.

Needless to say it looks like it didn’t work out quite like Belichick hoped, and McCourty seems to be hoping he’s not playing back on that side by the time the season starts.