6 years ago at 8:53 am ET
Follow @SteveB7SFG
Posted Under: Patriots Commentary 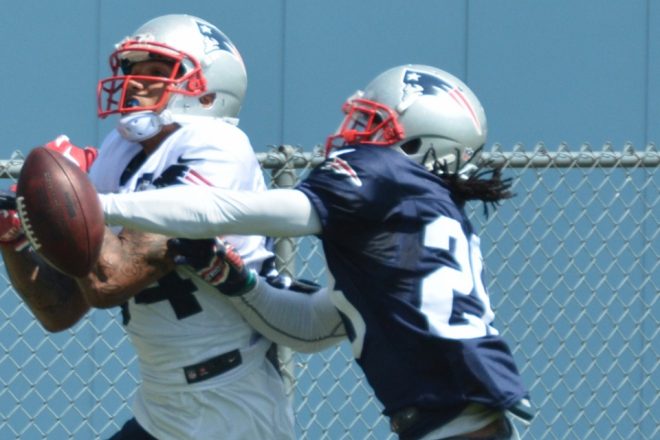 Still an Unproven Quantity at CB, 2nd Year Player Has Plenty of Upside

The Patriots drafted Alabama cornerback Cyrus Jones with their first pick in the 2016 NFL Draft with the 60th overall pick. Jones is expected to immediately contend for slot corner duties immediately with a chance at moving outside later. Another player who can possibly vie for starting reps outside in 2016 is 2nd-year corner Darryl Roberts.

Roberts was drafted by the Patriots with a 7th round draft pick (247th overall), out of Marshall last season. An incredibly gifted athlete, he had a big performance at Marshall’s Pro Day running a 4.38-second 40-yard dash with a 6.66-second time in the 3-Cone Drill, a 4.06-second short shuttle, a 39-inch vertical leap, and an 11’1”-inch broad jump. He also benched 225 pounds 23 times.

He’s the tallest of the Patriots corners currently on the roster, just topping out at 6’0 and 190 pounds. Roberts is a tough, physical corner with long arms that he uses aggressively in press coverage. He has outstanding change of direction skills and has the speed to mirror receivers downfield as well as recover when the ball is in the air.

With the huge turnover at the position last season, the competition was essentially wide open entering training camp. Roberts was tossed right into the mix, getting essentially first team reps against Julian Edelman and Danny Amendola early in training camp. The results were about what one would expect.

Coming from a small school, Roberts wasn’t prepared for the quickness off the line of the Patriots shifty receivers. He was playing too high in his backpedal and wasn’t able to get a good jam at the line. As a result, for the first couple of days, he was getting beat regularly. 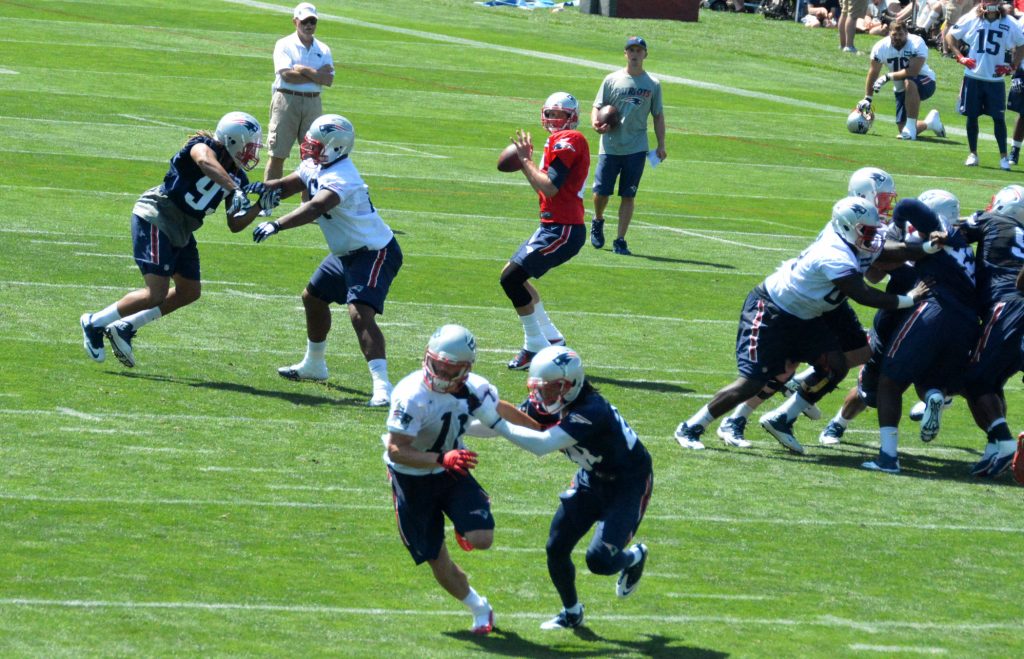 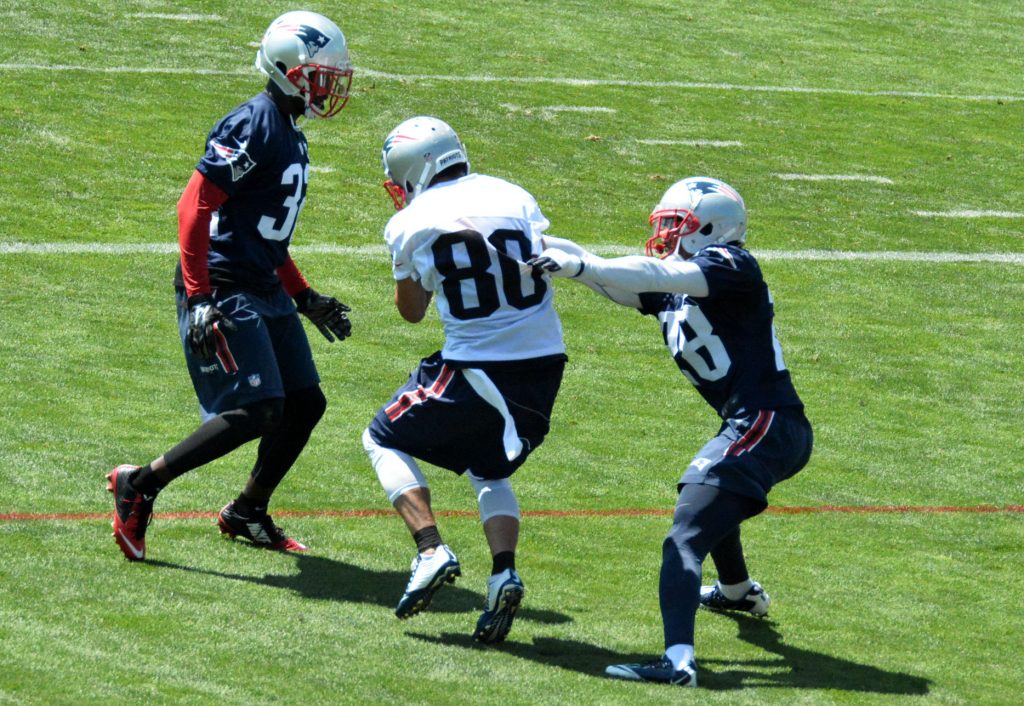 But the light quickly came on and Roberts began to improve markedly as camp wound along.  His coverage got tighter, his physicality improved and he began making more and more plays as the days passed. Was he rising ala Malcolm Butler in 2014? No, not quite. But his level of play had increased to the point of being noticeably better.

One day during the dog days of August, he broke up four passes in the training session, one of which was intercepted. He earned the start in the Patriots first preseason game of the year against the Green Bay Packers and it was in this game that his season came to a halt.

In trying to tackle the Packers Eddie Lacy, Roberts badly dislocated his wrist. The recovery time for that injury is about 8 weeks but the Patriots made the decision to place him on season-ending IR. He was fully healed by the time the season ended.

Now with a clean bill of health, Roberts should have no issues with once again competing for a spot on the roster and possibly for some starting reps. Unlike Jones who can play inside or out, Roberts is ideally a fit for the perimeter. There, his length, athleticism, and physicality can impact the play, giving the Patriots another option at covering opponents’ wide receivers.

But with Logan Ryan being an unrestricted free agent in 2017, the Patriots will be looking within to see if there is a player currently on the roster that can step up and play on the outside. Jones is one of those guys but for now, he’ll compete with Justin Coleman for reps in the slot. Roberts should vie with Biggers initially for reps backing up the starters outside in Butler and Ryan.

If last season is any indication, he may indeed by ready for a bigger slice of the pie. He also has special teams’ capability with his speed and athleticism, something that the Patriots always covet in their players.

While all eyes will be focused on Jones this summer and rightfully so, don’t be surprised if Roberts, the 7th round pick from last season starts to turn heads again once the players hit the field.