7 years ago at 10:47 pm ET
Follow @IanLogue
Posted Under: Uncategorized 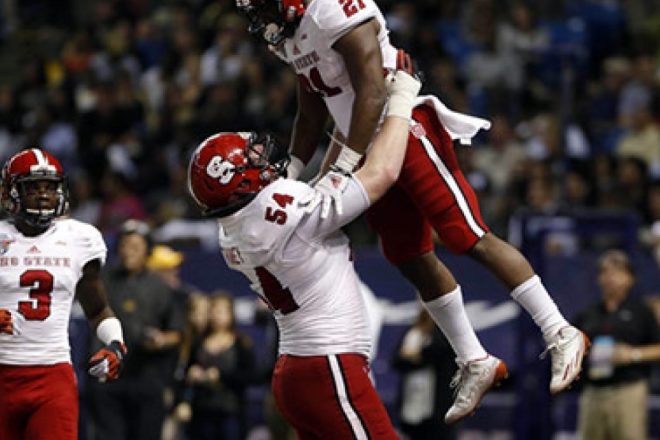 After adding Cyrus Jones to their defense, the Patriots switched gears and gave themselves some help on the other side of the football when they made their 78th selection.

Thuney’s 6’5″, 304-pounds and scouting reports list him as being a solid blocker in the run game with a good football I.Q., which is obviously something that Bill Belichick looks for.  He’s also a versatile player, having played inside at guard during his junior season.  Where he’ll factor into the Patriots group will be interesting, but it could spell trouble for Marcus Cannon, who struggled last season.

Some of the concerns seem to surround his footwork and the fact he needs to add some strength.  But it’s a selection fans should feel good about given the return of Dante Scarnecchia, who should be able to hopefully coach him up and improve their offensive production.