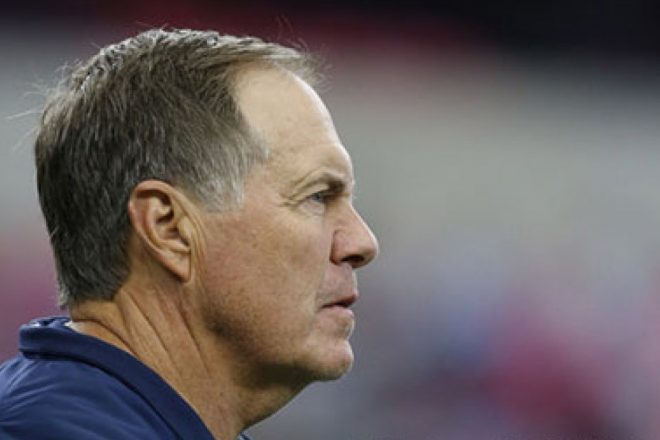 We’re on to day two of the work week, and here’s a quick rundown of today’s news to get you caught up before you head out:

Another free agent WR visit – The Patriots are obviously still in the hunt for a wide receiver after Mike Reiss of ESPN reported the team hosted Texans free agent receiver Nate Washington on Monday.  The 32-year old Washington started 14 games in 2015, totaling 658 yards and four touchdowns but battled injuries and drops in his one season in Houston.  There would be some familiarity with the New England’s system thanks to Washington having played under former Patriots offensive coordinator Bill O’Brien, and he would join another ex-Texan in Keshawn Martin, who the club traded for last season.

New WR Hogan Happy to be a Patriot – Former Bills receiver Chris Hogan is settling in nicely after receiving a nice pay increase thanks to the offer sheet New England gave him, enabling them to steal him away from their AFC East rivals.  Hogan’s been on the other side of things after watching Tom Brady operate, but for now he’s focused on doing whatever he can to contribute to his new team.  “I’ll do whatever it takes to get on the field, and whatever is asked of me and needed of me, I’m willing to do… and I hope I’m able to do that,” Hogan said via Patriots.com.  “I don’t know how I’m going to fit into this offense just yet. I’m looking forward to getting up to Foxborough… obviously my role will be more defined as I start progressing and learning.”

Hicks thankful for his time in New England – According to Jeff Howe of the Boston Herald, the Patriots tried to keep Akiem Hicks after Bill Belichick made the call Sunday night and offered Hicks a longer deal than Chicago but at less money per year, and the defensive end chose the Bears over his now-former team.  Hicks ultimately signed a 2-year deal worth $10 million including $5 million in guarantees, and during his conference call expressed his gratitude toward Belichick and the Patriots.  “Several conversations between Bill and myself and between my agent and the organization. I will forever have a great deal of respect for Bill and the coaching staff — Matt Patricia, Brendan Daly, everyone over there that brought me in during that Week 3 of the season and pushed us forward in order to try to win a Super Bowl,” Hicks said via ESPN.com’s Jeff Dickerson. “I will forever have a great deal of respect for them and what they do, and know why they’re in a position they’re in year in and year out.”

RB Forte Says the Patriots Showed “Minor Interest” – While Bears running back Matt Forte was seemingly a player who seemed like a potential no-brainer as a fit with New England, Forte ended up signing with the AFC East rival New York Jets.  According to Mike Reiss, Forte said the Patriots showed “minor interest” in him as a free agent, but it was likely the fact that his price was driven up in the open market that prevented New England from being more active in their pursuit.  Forte reportedly signed a 3-year, $12 million deal with the Jets that included $9 million in guaranteed money.

Butler Receives A Financial Reward – Malcolm Butler went from a relative unknown to the team’s best cornerback in 2015, and his performance ended up rewarding his bank account.  As Mike Reiss pointed out late Monday, Butler earned an additional $319,282.65 after finishing the season playing in 98.8 percent of the team’s defensive snaps last season and was tremendous in his play.  Butler finished fourth on the team in tackles including two for a loss, and also had two interceptions along with a team-leading 15 passes defensed.  Nick Caserio praised Butler when he spoke Saturday on the “Future of the Front Office” panel at the 2016 MIT Sloan Sports Analytics Conference.   “Everybody knows about the play in the Super Bowl, and this year he was our best corner and going to the Pro Bowl,” Caserio said via NESN.  “So a lot of that is on Malcolm. It’s not necessarily about what we do or scouting or anything like that. All of us have examples exactly like that.”

Siliga Joins the Seahawks – Former Patriots defensive lineman Sealver Siliga revealed he has a new home on Monday after posting on Instagram that he’s now a member of the Seattle Seahawks.  It’s sort of a homecoming for Siliga, who spent two months with Seattle back in 2013 before eventually joining the Patriots.  The move obviously worked out, as Siliga would be on the right side of things after New England beat Seattle one season later to win a franchise fourth Super Bowl championship.

Weddle Signs in Baltimore – Chargers safety Eric Weddle was a name thrown around as a potential target for the Patriots, but he’s now out of the mix after the San Diego Union-Tribune reported that Weddle is joining the Baltimore Ravens after agreeing to terms on Monday.  Safety wasn’t a priority and it would have been interesting to see what kind of dynamic he would have brought to a group that currently includes Devin McCourty, Patrick Chung, Duron Harmon, Nate Ebner and Jordan Richards.  Instead, he’ll be on the other side when the two teams clash in 2016 in a home game at Gillette Stadium.

SOCIAL POST OF THE DAY:
From Patriots RB Brandon Bolden: