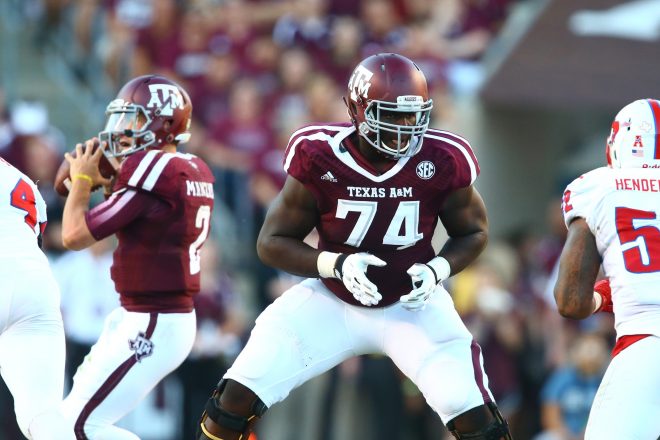 After taking a trip around the internet, here’s a quick rundown of six players who several draft sites believe the Patriots could target in the second round of the upcoming 2016 NFL Draft.

With the retirement of Jerod Mayo and the injuries the Patriots have dealt with at the linebacker position in recent years, the thought of adding another play-maker to that group would be an interesting notion for New England to target in the second round, provided they select the right player.

Matakevich is a local player, growing up in Stratford, Connecticut.  However, he isn’t a big player and on paper doesn’t fit the body type New England tends to draft or have on their roster at linebacker.  He’s 6’0″ and 233lbs, which would make him both the shortest and smallest linebacker of the group in the event the Patriots selected him.  But scouting reports talk about him having tremendous quickness as well as emphasizing how he handles himself in pass coverage, and he was also a respected leader for the Owls with a terrific work ethic.  The final two attributes are always things Bill Belichick looks for, but it’s tough to say how he’d fit in here.

The Patriots got a solid showing from Malcolm Butler, who suddenly looks like an elite young corner that New England can build around and the thought of adding Hall would be interesting, especially given his physical attributes.  As it stands right now, New England has a good mix of defensive backs but are still in need of one other solid player to play opposite Butler who can give them two reliable bookends, although overall it wasn’t really a problem position for them last season.

It’s tough to say where Hall might fit in out there in the Patriots’ secondary.  He’s a player who could give them more length to deal with bigger receivers, with his 6’1″ frame matching his long 34 3/4″ arms and 82 3/8″ wingspan.  Most scouting reports seem split about where he might play in the pros as he played safety as a freshman, while later moving to the outside during his career and he’s listed as a safety by some, and as a cornerback by others.

One of the knocks on Hall in the scouting reports is the fact that despite his length, he has a tendency to have a tough time if he’s beaten inside and doesn’t have the best recovery speed.  However, he’s got great instincts and finished with 13 career interceptions, with his knack for being around the football and creating turnovers being among his best attributes and the Patriots can never have too few of those players on the team.

Houston-Carson is an interesting prospect because he’s a tough player, leading the team with 109 tackles on the year including 4.5 for a loss.  But he’s a well-rounded player, having also finished with two interceptions and eleven pass break-ups and he even had nine career blocked kicks.

The team captain for the Tribe possesses a lot of the attributes that Belichick does look for in a player and was just the sixth player for his school invited to the Combine.

If you look at a player like linebacker Jamie Collins, one of the things that stands out is his awareness of the football and his focus on always trying to knock it out of the hands of opposing players, which is also a habit that Houston-Carson possesses.  He’s a physical hitter and is known for big collisions, and the Patriots haven’t had a tough physical presence at the safety spot since Rodney Harrison was with the team.  He’s a talented player, so it would be interesting to see if he ends up under New England’s radar. 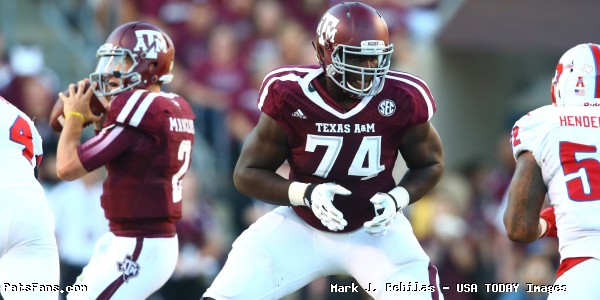 There’s no question New England is in dire need of some help on the offensive line, and offensive tackle is definitely an area they’d have to consider a priority, especially with both Nate Solder and Sebastian Vollmer among players who have been injured in recent seasons.  Marcus Cannon is a player who has been serviceable filling in, but he’s not an every-down player at tackle, especially against the type of elite pass rushers that they ultimately end up facing in the playoffs.

Ifedi is an interesting prospect because he certainly has the physical tools.  He’s three inches shorter than both Solder and Vollmer (both listed at 6’8″) yet comes in at the same 325 pounds.  However, he struggled at left tackle last season before being moved back to right tackle, where he had played as a sophomore, so that would seemingly be the side he appears more comfortable.

The feeling among several scouting reports seems to be that the sky is the limit for Ifedi and with the right coaching, he could be a solid NFL player.  Given the return of Dante Scarnecchia as the offensive line coach in New England, one would have to believe if he has the tools, Scarnecchia can get the best out of him.  The Patriots should definitely have an offensive lineman as a priority, and Ifedi certainly appears to be a good potential addition.

Having another threat at creating pressure on the outside would be a nice addition and Jenkins appears to be a player who has the ability to provide just that.  He had a strong senior season after finishing with 10.5 tackles for a loss along with 12 quarterback hits (2nd on the team) and 4.0 sacks.  He also forced two fumbles.

He’s a big player, coming in at 6’3″ (the same height as two of the Patriots’ tallest linebackers in Jamie Collins and Dont’a Hightower) and weighing 257lbs, so his measurements at least match the body type New England has favored.  He also has good instincts and good vision, with the ability to track the football and get into the backfield and make plays.

Scouting reports say Jenkins also has a strong football IQ and was a team captain, both, again, attributes the Patriots like.  However, reliability is obviously another priority and Jenkins is coming off of a season plagued with both hip and groin injuries, which will likely be something New England takes into consideration.  But overall he’s got a lot of tools that would make him a good addition to their defense and most believe he could be an early starter in the NFL.  The only question will be whether or not the Patriots decide to use their pick on him.

Shepard is a small receiver at 5’10”, 193lbs but where he misses with size, he makes up for in speed.  One of his strengths is the fact he’s got tremendously quick feet with a terrific ability to track the football and also has great straight-line speed with the ability to beat defenders over the top.

It’s tough to say how he would fit in here and using a pick on a receiver this high given some of their more glaring needs would be a surprise, especially as Shepard is another small, slot receiver.  There’s no denying that he’s been a playmaker and the other thing that’s interesting is the fact he was able to be consistently productive despite the fact the Sooners dealt with a less than consistent quarterback situation, with many different guys throwing him the football.

One scouting report pointed out that he’s a player who can be deadly if added to an offense that already has a couple of players opposing safeties have to be wary of, which can provide opportunities for him to wreak havoc against them.  If they decide to make a move to select him, New England certainly has two such players on their roster for him to get those such opportunities.

By: Ian Logue
With the New England Patriots heading into 2022 with their secondary as one of their biggest question marks, defensive back Jalen Mills appears to be working…
25 mins ago