6 years ago at 9:59 am ET
Follow @SteveB7SFG
Posted Under: Patriots Commentary 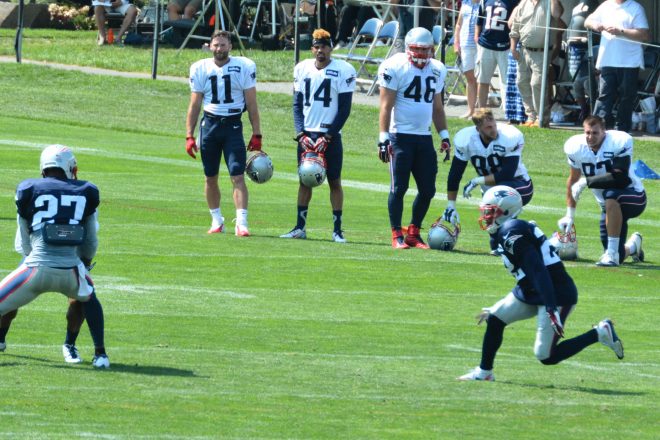 Tavon Wilson is one of two safeties (Nate Ebner), that the Patriots have as a free agent this season. Wilson, who will turn 26 on March 19 was originally drafted by the Patriots in the 2nd round (48th overall) from Illinois, in the 2012 NFL Draft.

Originally thought to be drafted to be a starting strong safety, it hasn’t worked out that way and Wilson has made his mark as a reserve, playing mostly dime linebacker in the ‘Big Nickle’ sub-packages or on Special Teams.

Wilson had his best season in his rookie year of 2012, where he played in all 16 and got four starts in place of an injured Steve Gregory in October. That year he made 41 tackles, had six passes defensed and had four interceptions along with two fumble recoveries.

But with the additions of Duron Harmon and Jordan Richards this season, he’s found himself pushed farther down the depth chart. He was inactive for seven games during the regular season and for both playoff games.

Why Wilson Will Return: Wilson is versatile, tough and has always has a positive mental outlook on things regardless of what his status may be for a particular game. The 6’0, 215-pound Wilson can be a strong safety in the box, play the dime linebacker or be one of the core special teams players on the roster. 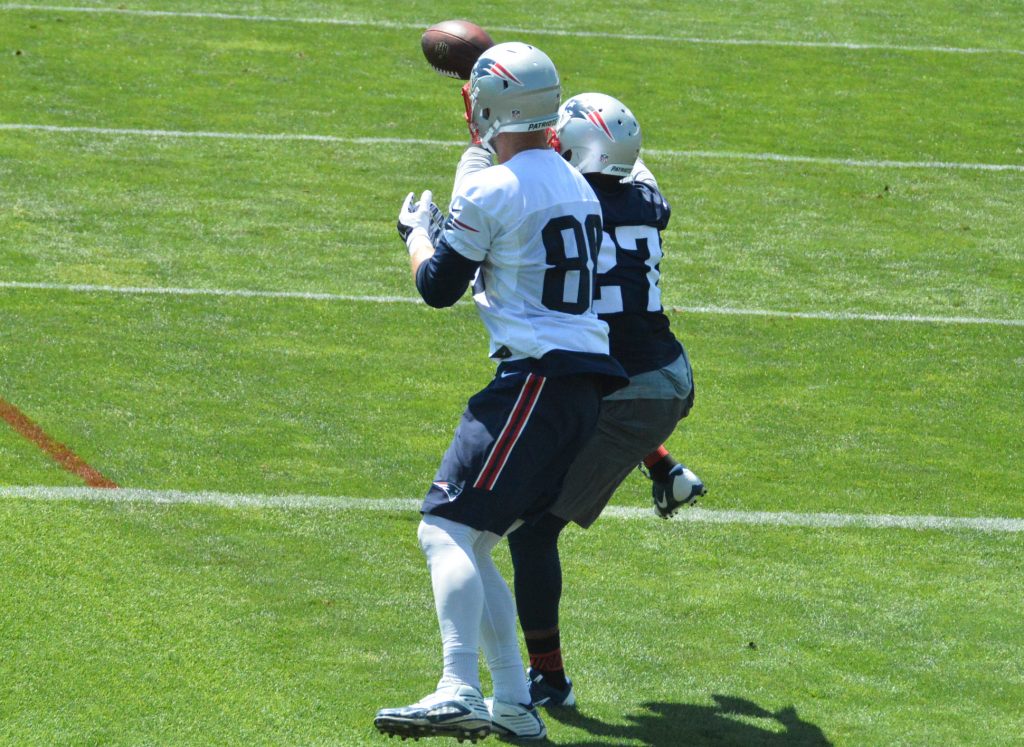 He showcased his versatility and ability to adapt this past season when after playing a total of nine snaps on defense all season, He was thrust in a key role against the Buffalo Bills on Monday Night Football.

The Patriots were woefully thin at cornerback with only starters Malcolm Butler, Logan Ryan and reserve Rashaan Melvin who had a poor game the week before. The Pats eschewed the normal 4-2-5 look with three corners and went ‘Big Nickel’ with three safeties facing the potent Bills rushing attack.

Wilson also stayed on the field in their 4-1-6 dime look when they went to four safeties on the field. In all, he played 50 snaps in the Bills game on defense and was solid with three solo tackles.

Why Wilson Won’t Return: The Patriots have a plethora of safeties, it is arguably the deepest position on the team. And Wilson has never really lived up to his second round draft selection status, having been a backup for his entire time with the Patriots.

Now entering his fifth season, if there is one safety they can afford to let walk it is him. The emergence of S/LB Brandon King on special teams has made Wilson’s presence there an afterthought. Which was why he had been a healthy scratch for so much of the season.

With a couple of corners coming back from serious injuries this season, they’ll want to have more balance in the secondary depending upon the opponent they’ll be facing. And they’ll opt for another corner on the roster which doesn’t bode well for Wilson’s chances at winning a roster spot in 2016.

Bottom Line:  Wilson has been a solid role player for the team which is why I think there is about a 30-40 percent chance that they offer him a chance to return next season.

But with the Patriots track record of adding safeties through either the draft or via the UDFA route, I would expect that they’ll let Wilson walk and try to find a new home where he’ll have the opportunity to play a larger role than here in New England.

While it wouldn’t be a shocker for him to return, I think he’ll be in another uniform come September.

By: Robert Alvarez
Patriots Chairman and CEO Robert Kraft is honored by two organizations for his charitable and humanitarian work.
44 mins ago