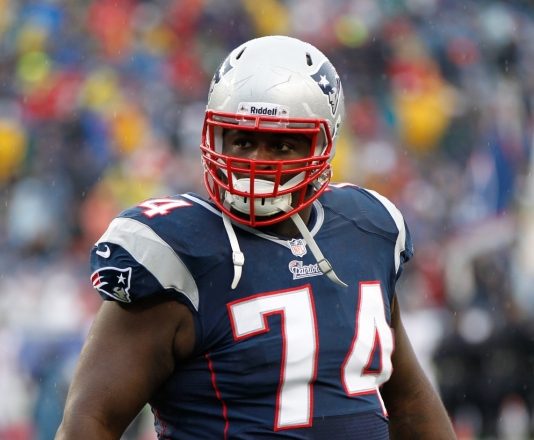 Former Patriots defensive tackle Kyle Love was a big part of New England’s defensive lineup until 2013, when a medical diagnosis changed that.

After being diagnosed with Type 2 diabetes, Love was cut by the team just months after playing in the Super Bowl against the Giants.  It was a frustrating time for Love, who had played in all 16 regular season games in both 2011 and 2012 before his untimely release.

Following brief stints in both Jacksonville and Kansas City, he’s established a home in Carolina and finds himself headed back to the big game yet again, although he’s disappointed in the opponent.

In Love’s mind, he was hoping to get a chance at redemption had New England beaten Denver two weeks ago in the AFC Championship game.  Instead, it’s Peyton Manning and the Broncos that he’ll be facing this Sunday.

Love said that he told the media back during preseason he relished the opportunity to face the Patriots in a game like this.  Instead, he had to settle for their preseason game back in August.

“I told (reporters in August) I couldn’t wait and there was going to be pain brought,” Love told the Charlotte Observer. “So for us to be able to play them in this big game, it’d be even more pain being brought.

“It’s funny. Before the (preseason) game we played them Tom came to me and told me, ‘Hey, take it easy on me.’”

Leaving New England is something that really bothered Love, with the veteran defensive tackle admitting that it’s kept him up at times at night.  But for now he’s got a great opportunity in front of him, and he’s hoping to take advantage this weekend.

“I wouldn’t necessarily say that I accept it because it’s always going to bother me. There’s nights that I have cried about it,” Love told the Observer Wednesday. “It’s something that I’ll probably never get over. But I’ve got to keep moving forward with my life.”

And for now as far as Love is concerned, he’s on to Denver.

READ NEXT:
Roger Goodell’s Full Transcript From Friday, Says on Possible Brady Suspension, ‘ I am not going to speculate on what we are going to do’
Posted Under: Patriots Commentary