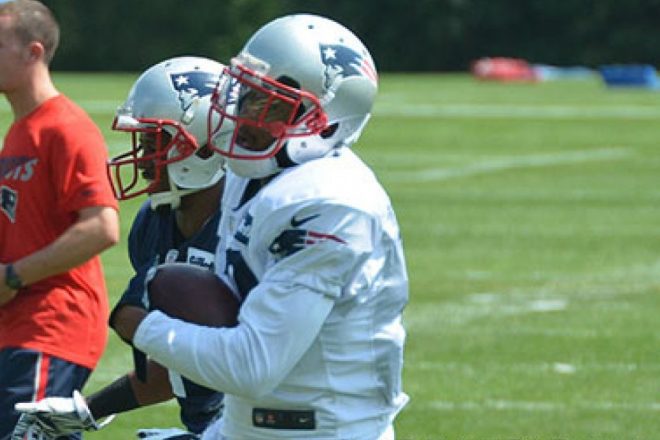 The Patriots suffered a slew of injuries in 2015, and ended up with 21 players on injured reserve. The wide receiver position was especially hard hit both early in the preseason and then during the regular season.

During the 2015 offseason the Patriots signed former Dolphin WR Brandon Gibson and the 28-year old 6’0 WR quickly caught on and was pushing hard for a roster spot before tearing his ACL in a preseason game with the Saints and being placed on IR.

Josh Boyce and Brian Tyms also were lost in preseason, Julian Edelman tweaked an ankle in early August and missed the entire preseason. Then Aaron Dobson lost another season to injury, Edelman broke his foot and missed the last two months of the regular season. Danny Amendola dealt with knee issues as did Rob Gronkowski and Scott Chandler. It wasn’t an easy season for the Patriots receiving core.

Gibson had two decent seasons as a Miami backup with 30 catches for 326 yards and three touchdowns in 2013, followed by 29 catches for 295 yards for a touchdown in 2014. He had a couple of solid seasons in St. Louis as well, catching 53 passes in 2010 and 51 for 691 yards and five touchdowns in 2012. From the early days of training camp, he put his nose to the grindstone and worked hard and strived to find that coveted comfort level with Brady.

It was in the second week of camp where due to injuries, he was getting a lot of work with Brady. On August 6, he was easily the best player on the field for the offense, catching seven catches from Brady including a beauty over the top of Malcolm Butler. 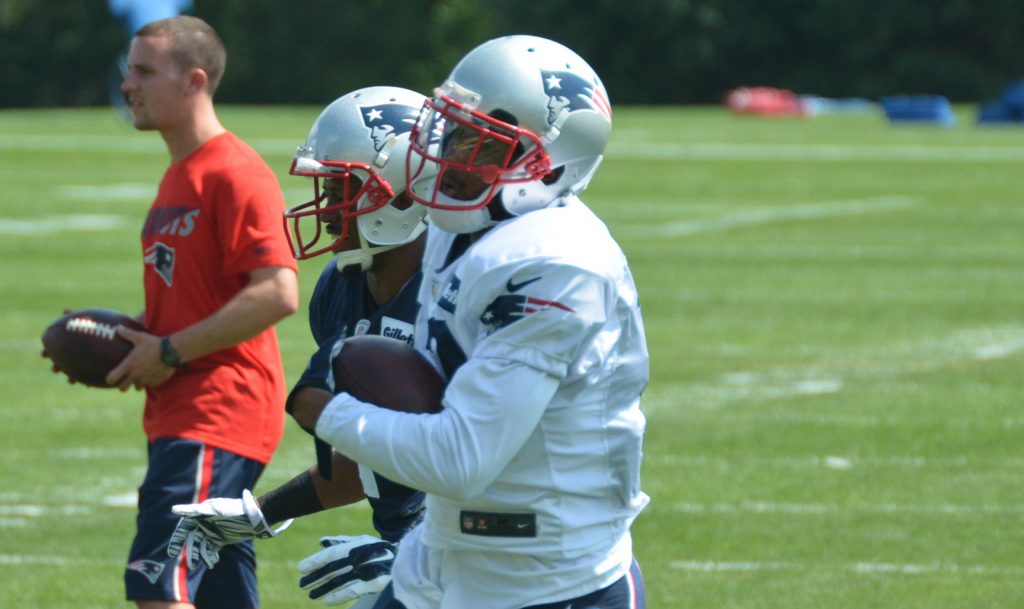 “Just have to pray for the best, that’s all you can do,” Gibson said after the game that night.

Now the Patriots have decisions to make on not only Gibson but on Boyce and Dobson as well. They’re entering their fourth seasons and have yet to make an impact on the field as they were envisioned when they were drafted due to injuries. Tyms is another matter, as he seemed destined for a role as well as Gibson when he went down.

Why Gibson Will Return: Gibson has seen some success in the league with Miami and St. Louis and has shown he can put the work in and gain Brady’s trust. He won’t ever be a prolific receiver but he was and can be again a solid role player who can come in and contribute and can spot start when called upon.

He’ll only be 29 during training camp on August 13 and has a history with Offensive Coordinator Josh McDaniels. He shouldn’t break the bank and at a minimum will provide solid competition for one of the backup wide receiver slots.

He’s the kind the veteran that the team needs as a backup that can step in and contribute whenever his number is called.

Why Gibson Won’t Return: The Patriots will undoubtedly look to upgrade their arsenal for Tom Brady in the 2016 and their plans may not involve Gibson. Especially if his knee isn’t all the way back yet once training camp starts.

There should be plenty of competition, Tyms, Boyce, Dobson as well as Chris Harper and DeAndre Carter will all be vying for spots on the roster. That is before they add any names via free agency and the 2016 NFL Draft.

In a numbers game, Gibson may find himself the odd man out.

Bottom Line: Gibson, barring any setback from his ACL tear should be ready to contribute in 2016. It makes sense to bring back the veteran who won’t cost much and is a proven NFL wide receiver.

For that reason, if he’s healthy this season there is a 70 percent chance that the team brings him back to the fold for this upcoming season. Then it will be up to him to once again show that he’s worthy of a roster spot.

Something tells me that he will be around in the beginning of September.