7 years ago at 10:19 am ET
Follow @SteveB7SFG
Posted Under: Patriots Commentary 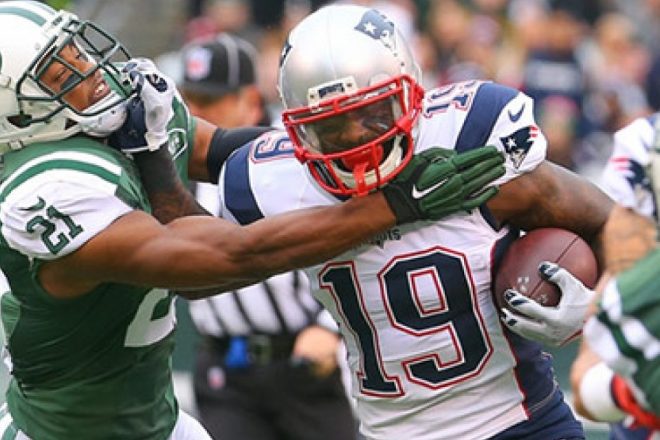 The Patriots will be watching the AFC playoff games with interest on Saturday as they’ll be facing one of three teams that plays today. Either the winner of the Kansas City – Houston game or the Cincinnati Bengals will be making their way to Foxboro next Saturday afternoon.

Only the Pittsburgh Steelers won’t play here unless they beat the Bengals and then travel to Denver next week and beat them in the divisional round. Then the Steelers would come to Gillette for the AFC Championship Game as long as the Patriots win next week.

The Patriots took the bye week to do some self-scouting and get some much needed rest for their injured players. They conducted only two walk-thru practices this week and Bill Belichick cancelled Friday’s practice and took the team bowling.

While much of Patriots Nation is fixated on the return of Julian Edelman and rightfully so as he gets the short passing game going, the Patriots offense is really a collaborative effort where all the pieces are needed to keep the machine running at optimum performance.

And a big part of the Super Bowl winning offense of 2014 was Brandon LaFell. The 2nd year Patriot wide receiver has struggled all season after being a reliable and productive target for the Pats last year.

After a very slow start in the spring and summer where he struggled to learn the playbook, LaFell took off. He was perhaps the only bright spot on a dismal night in Kansas City as he finally started to click in the offense. Between the regular season and playoffs of 2014, LaFell caught 87 passes for 1072 yards and nine touchdowns. He scored the first touchdown of Super Bowl XLIX on a pass from Tom Brady.

Then offseason surgery on his foot caused him to miss all of the spring workouts and all of training camp and the preseason. He began the year on PUP and made his first appearance Week 7 against the New York Jets where he had an extremely rough outing with six drops.

He seemingly never got untracked, save for one big game against the Redskins (5 catches, 102 yards), but he ceased being a target for Brady in the red zone as his drops became more of a trend than a fluke and his production, especially late in the season plummeted. He finished the year with just 37 catches for 515 yards and most importantly zero touchdowns.

Bill Belichick spoke this week about the difficulties that LaFell has faced this season trying to play from behind and how it isn’t easy stepping in  after missing all of the workouts and team building thru the spring and summer.

“Brandon’s really pushed through,” Belichick said. “Being on PUP he had a little bit of extra time in terms of starting right at the beginning of the season. But any time you come into the middle of the year without the full training cycle, the offseason, training camp, all that, you’re always playing catch-up. You might marginally close the gap, but it’s never the same as having that whole period there.

“Mentally and schematically there, I think that’s all caught up. Physically, it’s improving. It’s certainly good enough to be competitive,” he added. Is it as good as it would be with all the other training and prior training in place? No, I don’t think so. Look, if that was the case, I mean, why do we go to training camp? Why do we have an offseason program? So that’s the benefit of all those guys being able to do that.”

So while a healthy Edelman will most certainly help the Patriots offense get their short passing game re-ignited, others such as Danny Amendola who’s been gutting thru a nagging knee issue and LaFell will have to step up as well.

With a hopefully close to normal Edelman, LaFell can go back to what made him such a valuable piece in 2014, a big, physical chains mover as really the third target in the progression behind Edelman and Rob Gronkowski.

LaFell was particularly effective at running the short-to-intermediate sidelines back shoulder routes and the short slants with the aforementioned receivers clearing out some space. That’s what made him so effective in the red-zone last season.

He still has the time to turn things around and regain some of that much needed trust from #12 to get the ball in the key spots. With a tough regular season in the books a nice turnaround in the playoffs can erase a lot of bad memories for 2015.

The receiving core of Edelman, Amendola, Gronkowski, LaFell, Keshawn Martin with James White and Steven Jackson out of the backfield is plenty good enough, if healthy, to get the Patriots to Santa Clara. Now is the time to get it back in gear.