7 years ago at 8:00 am ET
Follow @AllThingsPats
Posted Under: Patriots News 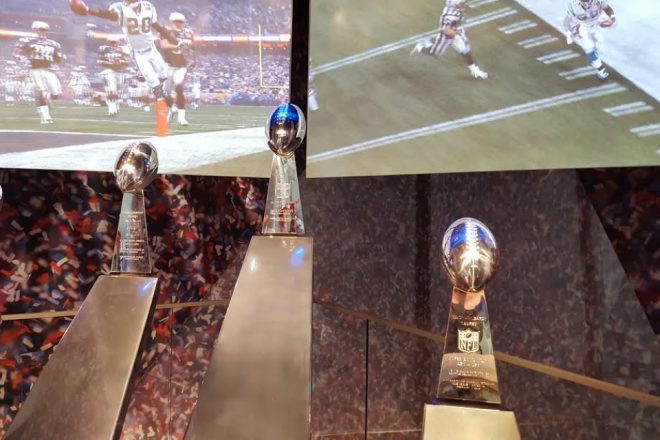 For all intents and purposes there are four remaining playoff races: (a) between Cincinnati and Denver for a bye; (b) between Kansas City an Pittsburgh for the number five seed (and the right to play the sorry-ass AFC South champion); (c) between Green Bay and Minnesota for the NFC North and number three seed; and (d) between Washington and Philadelphia for the NFC East title and the right to lose at home to Seattle.

Here is a look at all of the remaining playoff clinching and elimination scenarios, no matter how minute. For the sake of clarity and the attempt to avoid mind-numbing confusion, I have not forgotten but rather have avoided scenarios involving ties.

10. Indianapolis Colts
6-8 [3-2 division, 4-6 conference]
vs Texans, at Dolphins, vs Titans
7% chance of winning AFCS and #4 seed; 93% chance to miss playoffs
– Eliminated from playoffs with loss to Dolphins, plus Texans win

11. Jacksonville Jaguars
5-9 [2-3 division, 5-6 conference]
Jaguars are still in contention for both a playoff spot, or #1 draft pick
at Saints, at Texans
1% chance of winning AFCS and #4 seed; 99% chance to miss playoffs
– Eliminated from playoffs with either a loss, or a Texans win

5. Kansas City Chiefs
9-5 [8-2 conference, 4-1 division]
Currently hold tiebreaker over Steelers and Jets based on conference record
vs Browns, vs Raiders
Minute chance for #2 seed; 36% chance to win AFCW & #3 seed; 42% for #5, 17% for #6, 5% for no playoffs
– Clinch #5 seed with win, plus Steelers and Jets lose
– Clinch playoff spot with win, plus either Steelers or Jets lose
– Eliminated from #2 seed with loss, or Bengals beat Broncos, or Steelers lose
– Eliminated from #3 seed with loss, plus Bengals beat Broncos

AFC Teams Looking Ahead To The Draft

1. Carolina Panthers
14-0 [10-0 conference]
Clinched NFC South division title and first round bye
at Falcons, vs Bucs
99% chance for #1 becoming the #1 seed
– Clinch #1 seed with either a win, or a loss by Cardinals

2. Arizona Cardinals
12-2 [9-1 conference, 4-1 division]
Clinched NFC West and at least a #3 seed
vs Packers, vs Seahawks
94% chance for a first round bye
– Clinch #2 seed with a win over Packers
– Eliminated from #1 seed with either a loss, or a win by Seahawks

10. Philadelphia Eagles
6-8 [2-2 division, 3-7 conference]
Head-to-head: 0-1 vs Skins, 1-0 vs Giants
vs Redskins, at Giants
37% chance of winning NFC East and #4 seed; 63% chance to miss playoffs
– Eliminated from playoffs with a loss to Washington
– To win division and make playoffs Eagles must win both remaining games, plus Washington must lose to Dallas

11. New York Giants
6-8 [2-3 division, 4-6 conference]
Head-to-head: 1-1 vs Skins, 0-1 vs Eagles
at Vikings, vs Eagles
4% chance of winning NFC East and #4 seed; 96% chance to miss playoffs
– Eliminated from playoffs with either a loss, or if Washington beats Philly
– To win division and make playoffs Giants must win both remaining games, plus Washington must lose twice

NFC Teams Looking Ahead To The Draft

7. Atlanta Falcons
7-7 [4-6 conference, 0-4 division]
Only team from this group technically alive, but it is time to pull the plug
vs Panthers, vs Saints
99.9% chance of missing the playoffs
– Eliminated with either a loss, or a Seahawks win, or a Vikings win