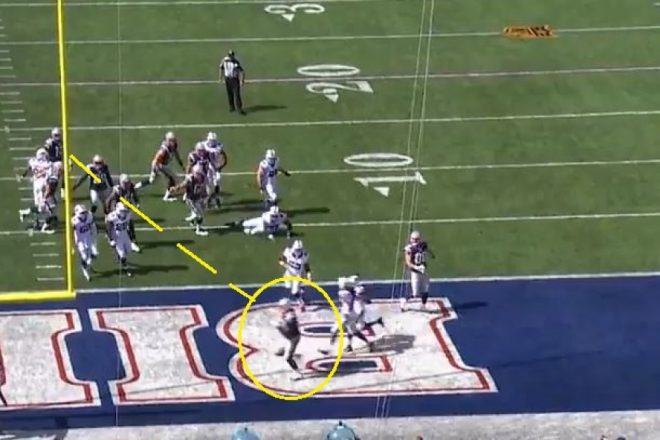 Week 11 is also the first time that the NFL and their broadcast partners were able utilize flex scheduling, and they justifiably took advantage of that opportunity. The Chiefs and Chargers have a combined six wins; their game has been moved out of the Sunday night prime time slot. NBC will now broadcast the Bengals-Cardinals game; those two clubs have a combined record of 15-3. In addition, a key NFC matchup between the Packers and Vikings has been pushed back from an early kickoff to the late afternoon time slot. Previously the only late game scheduled on FOX was Seattle at San Francisco, and that game could be as unwatchable as Thursday’s dud was; neither of those NFC West teams have winning records and the Niners have by far the most impotent offense in the league.

Here is a look at all of the NFL week 11 games, with the odds as of Saturday night (and early odds, from a week ago Thursday), kickoff times, television information and each team’s records. FOX has finally opted to not jam the Cowboys down everyone’s throats, despite the return of Tony Romo this week. Ironically this is a week when the New England area might not mind seeing Dallas, since they are playing AFC rival Miami. CBS in Boston will air Denver at Chicago while the rest of New England will get the Jets-Texans game early. FOX has the doubleheader this week and most of the country will get the Packers-Vikings in the late afternoon time slot.

It is amazing to think that a year ago at this time Carolina lost their sixth straight game to drop to 3-8-1, and the question was when and not if owner Jerry Richardson would fire head coach Ron Rivera. CB Peanut Tillman will miss another game with a knee injury, but that should be of little consequence for the Panthers. Carolina would be scary good this year; imagine how they would look if WR Kelvin Benjamin didn’t miss the entire year due to a pre-season torn ACL.

RB Joique Bell  is questionable with a shoulder injury, which is good news for Detroit. Bell has carried the rock 44 times for the Lions this year; 30 of those rushes are for one yard or less while only ten are for five yards or more.

Ah yes, the much anticipated meeting between this year’s most dysfunctional teams. Dallas gets QB Tony Romo back, but I would expect it to take another week to shake of the rust and get the timing down. The high humidity in south Florida won’t help the visiting team either.

Baltimore head coach John Harbaugh has resorted to handing out ‘effort’ stickers to the players on his two-win team. As one dimensional as the Rams offense is, it is going to take more than an elementary school teacher gimmick to stop Rams RB Todd Gurley.

The Jets’ injury report is much shorter and less severe than it has been in the last few games; that is bad news for a Houston team starting a third string quarterback and backup running back.

Broadcast in Florida (except Gainesville, Miami and West Palm) and Pennsylvania (except Pittsburgh)

Lovie Smith’s Tampa-2 defense has no answer for quick slants and play action passes, other than taking uncalled for personal fouls and inexcusable roughing the passer penalties. Chip Kelly’s offense matches up very well against the Buc defense.

While the focus is on Denver starting a backup quarterback, the harsh reality is that Brock Osweiler is a better option than Peyton Manning for the Broncos. Perhaps that is why Manning reportedly not helping Osweiler in meeting rooms or on the practice field. The fact remains that Denver has one of the NFL’s best defenses, while the Bears are giving up 26.0 points per game. WR Alshon Jeffery being held out of practices and listed as questionable with groin and shoulder injuries doesn’t help Chicago’s chances.

Kansas City’s front seven is very good, and should have a field day against the sieve that is San Diego’s offensive line. After a really difficult schedule to start the season, KC has crawled back into the playoff race. Before jumping on the Chiefs’ bandwagon though, take a look at their last three wins: two against backup quarterbacks, and one against the lowly Lions.

Is Seattle turning into San Francisco, one year later? A couple years ago these two were the very best teams in the NFL. The Niners regressed from three consecutive years of advancing to at least the conference championship game to an 8-8 2014 season, before bottoming out in 2015. The Seahawks won 42 total games from 2012-14, making it to the Super Bowl twice and winning it all once; they now have a losing record, and both their offense and defense has regressed markedly. That trend may continue next year, but at home against this anemic 49er team Seattle will at least temporarily get its mojo back – though with this weakened Seattle team, the Niners do have a chance.

In case you missed it Green Bay has apparently been playing fast and loose with the injury report, just one more item in a long list of stories that would be headline news if it involved the Patriots. Aaron Rodgers has apparently been dealing with a shoulder injury, and after last week’s loss to Detroit is also dealing with a leg injury. Though I am still skeptical about Minnesota based on their schedule, the reality is that they are a well balanced and fundamentally sound team. The Packers have not performed well the last three weeks and now find themselves on the road against a team they are a game behind in the standings. Just a hunch, they get it together here.

Broadcast in all markets

The Bengals and Cardinals were arguably the two worst franchises in the NFL when Carson Palmer forced his way out of Cincy five years ago, and apparently the Arizona quarterback still holds a bit of a grudge. The Bengals are in a bit of a tough spot here; they still haven’t proven they can beat a good time in prime time, and they are making a long road trip on a short week to heal and prepare.

Broadcast in all markets

In their week two victory at Buffalo, 36 of New England’s plays were either pass attempts to, or runs by Dion Lewis or Julian Edelman. Without those two on the field this week’s game plan will be a severe challenge for Bill Belichick and his staff, and by default will need to be dramatically different.

With their second win in a row and third in their last four games, Jacksonville is suddenly breathing down Indy’s neck in the AFC South. That week four overtime loss when Jason Myers missed two late field goals is looming large now.

For comparison’s sake, here is a look at what the prop bets were for the week eleven games from back when the NFL schedule was announced in April. Some are right on or only off by a half a point; the oddsmakers were apparently a bit scared off by the the deflategate witch hunt in regards to the Patriots at that point in time. The Colts, Niners and Chargers stand out as teams that have precipitously dropped off from preseason expectations, while the Raiders and Jets are two that have vastly improved.

November 21 is a date with an eclectic mix of NFL birthdays. Hall of Fame QB Sid Luckman was born on this day in 1916. He was the first pro quarterback to successfully grasp the concept of the T-Formation, and for many years after he retired the debate as to whom was the GOAT was between Luckman and Sammy Baugh. Luckman won four NFL championships as the Bears’ quarterback, and was under center for the famous 73-0 beatdown over Washington. Luckman had two other amazing games in 1943. On November 14 he set an NFL record that has still yet to be broken, despite the drastic changes in the passing game: Luckman threw for seven touchdowns on the road in his native home town as the Bears crushed the Giants 56-7. A month later Luckman threw touchdown passes of 31, 36, 66, 29, and 16 yards, compiling 276 yards passing on just 15 completions, as Chicago beat Washington 41-21 for their third championship in four years. Although the passing game is dramatically different today, some of his numbers have somehow managed to stand the test of time. His career 8.4 yards per pass attempt still ranks as second best in NFL history, and his 7.9 percent of passes thrown for touchdowns remains the best in the history of pro football.