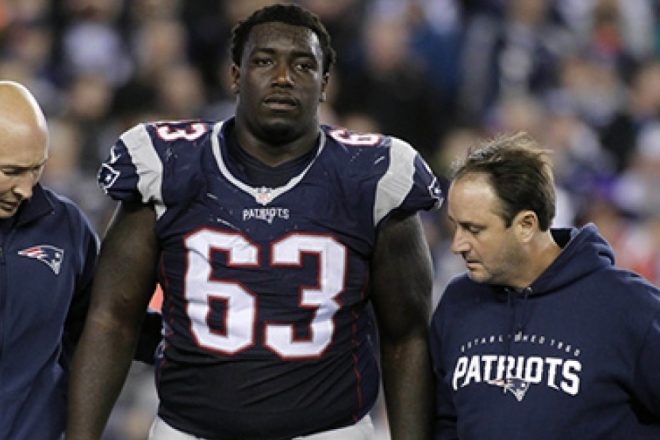 As first reported by ESPN Boston’s Mike Reiss, New England Patriots rookie guard Tre’ Jackson will not require surgery on his left knee following an injury during the fourth quarter of Thursday nights win over the Miami Dolphins.

The sources informed Reiss that Jackson did not have any ACL or MCL tears in his knee follwing MRI tests that came back negative and his playing future will be day-to-day dependent on how he responds to the recovery treatments.

Jackson was a fourth round draft pick of the Patriots in 2015 and has started four of the seven games this season while playing in all of them.

The Patriots have been depleted on the offensive line all season long, losing Nate Solder for the year with a bicep injury, Marcus Cannon sustained a toe injury against the Colts and has an unknown return, and Ryan Wendell has missed the entire season with an undisclosed illness.

The other good news, 2014 starting center Bryan Stork should be eligible return to action against the Washington Redskins next week.