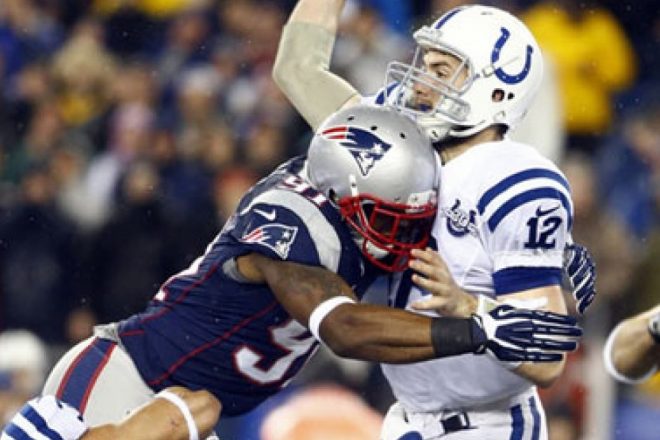 In a this weeks column, 98.5 The Sports Hub Patriots radio play-by-play broadcaster Bob Socci provides his insight and predictions for this upcoming week six matchup with the Indianapolis Colts on Sunday.

Who is your breakout player for either Indianapolis or New England this week?

“If Indianapolis is to stay in the game, the obvious choice is Andrew Luck — assuming he’s good to go, coming off his shoulder injury.  How does a three-time Pro Bowler (is his first three years in the NFL, no less) qualify as a ‘breakout player?’  Well, he has to break out of the early-season mold of this season (7 TD and a 65.1 passer rating) and the rut he’s been in opposite the Patriots (0-4 as a starter with 10 interceptions).  How? 1) Avoid the mistakes he’s been prone to make throughout his career, especially against New England 2) Keep plays alive with his mobility, which may far more important against this Pats’ pass rush than the one he’s confronted in the past and 3) Deliver the deep ball, which neither Brandon Weeden nor Blake Bortles were able to do in New England’s last two wins.”

Position matchup/battle to look for?

“This relates to the first question.  There’s a lot of match ups that are pivotal — i.e., the Pats’ offensive line or even LeGarrette Blount vs. the revamped Colts’ defensive front (after all the success New England’s enjoyed on the ground in recent years).  But I’ll go with the Patriots’ secondary vs. Indy’s receivers.  Last year, with Darrelle Revis, Kyle Arrington and Brandon Browner, the Patriots totally frustrated the Colts’ fleet receivers T.Y. Hilton and Donte Moncrief.  Except tight end Coby Fleener in the regular-season meeting, Indy’s receiving corps did very little damage to the Patriots in 2014.  But, naturally, with the ongoing changes in New England’s secondary this season — yet another move was made in the middle of the week with the addition of ex-Raven Rashaan Melvin — the Colts must count on different results this time around to have a chance to keep with their counterparts.  Plus, Andre Johnson, who did not look good earlier in the season, caught two touchdown passes in Week 5 at Houston.” 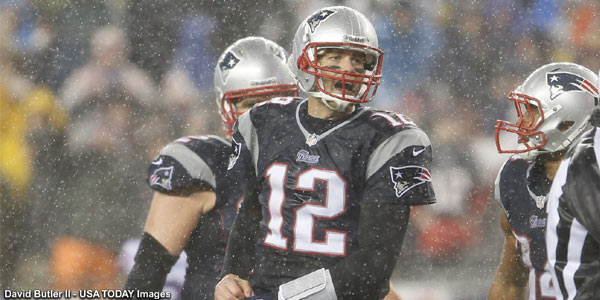 
What Patriots unit do you believe has to make the most improvement/adjustments going into this week?

“For Tom Brady’s sake, let’s hope it’s the offensive line as a whole in pass protection.  After surrendering five sacks (and eight quarterback hits) at Dallas, as well as the subsequent loss of injured Nate Solder, the Pats need a better performance from the unit this week.  If Robert Mathis and Trent Cole have anything left in their tanks as pass rushers, this is the week they’ll need to tap into it for the Colts’ collective sakes.  Also, of course, the Pats’ rushing success (657 yards the last three games vs. Indianapolis) can only continue if they get a better push from the offensive line this week.  It’s been somewhat disappointing thus far when the Patriots have lined up ‘heavy’ in short-yardage situations and run the ball — save for Brady’s sneaks.  Indy returns only 8 percent of its defensive line snaps from last season and is allowing 3.8 yards per carry.”

Bob Socci has held the position of Patriots radio broadcaster since the beginning of the 2013 NFL season, taking over for longtime play-by-play man Gil Santos. He has called two AFC Championship games and the Patriots Super Bowl XLIX victory in February 2015.  He can also be heard weekly during football season on Patriots.com.