7 years ago at 6:00 am ET
Follow @AllThingsPats
Posted Under: Uncategorized 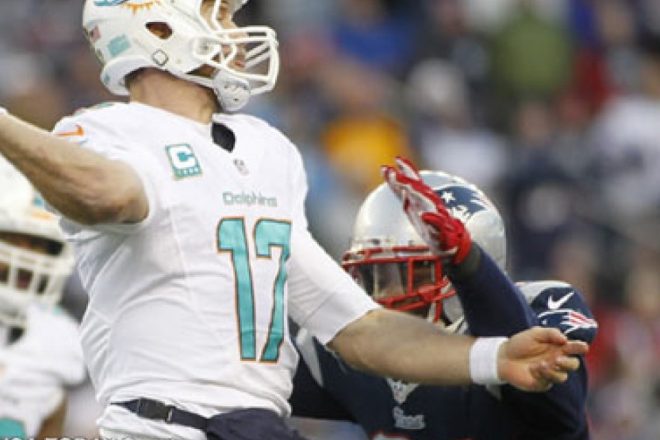 The first Sunday of the 2015 NFL season brings us some intriguing matchups. The best early game will be in Buffalo where Rex Ryan makes his coaching debut for the Bills, against this off-season’s most hyped player (Andrew Luck) and team (Indianapolis); the Colts are 2½ point road favorites in a classic battle between a good offense/bad defense and a good defense/bad offense.

In the late afternoon two of the top AFC teams meet as Baltimore travels to Denver.  If you admire good defenses then be sure to check out Seattle at St. Louis, and even a game between the two worst teams of 2014 will draw interest. Tennessee is at Tampa Bay in a game where the top players from this past spring’s draft – quarterbacks Jameis Winston and Marcus Mariota – make their rookie debuts.

CBS has the broadcast doubleheader this week, which is a week one rarity. Usually the network is broadcasting tennis (US Open) and therefore not airing any late games, but this year ESPN secured those broadcast rights. In the New England area the early games will be Indy at Buffalo on CBS and Green Bay at Chicago on FOX, with Baltimore at Denver late. For those without the Sunday Ticket, be sure to visit the Week One NFL Maps to see what is being broadcast in your area.

In the last three meetings between these two rivals the Packers have scored 33, 38 and 55 points while the point total has been 61, 55 and 69. Green Bay will certainly miss WR Jordy Nelson, but during the Aaron Rodgers era the Pack has dealt with a variety of injuries while barely missing a beat.

While J.J. Watt gets more pub than any other defensive player, it was the KC defense that finished second in the NFL with only 17.6 points allowed per game. With no Andre Johnson or Arian Foster, an already difficult task for the Houston offense becomes problematic.

About the best thing you can say about this game is that it should be competitive, since both squads are about equally bad. I cannot envision either Josh McCown or Johnny Manziel being effective against the combination of the Jets pass rush with Darrelle Revis and Antonio Cromartie in coverage.

While the mainstream media has been busy talking up the Colts this off season, the reality is that they have done nothing to fix their glaring deficiencies on defense. LeSean McCoy should have a huge game in his debut as a Bill. Time to pump the brakes on crowning the Colts as the next Super Bowl champion.

How far has this dysfunctional Washington franchise sunk? Consider this: they are at home against a team that did not make the playoffs last year, and that opponent is probably the safest bet to win this week.

The Jags may be heading in the right direction, but they still have a long ways to go. Even though Carolina has a very good defense and Cam Newton is healthy, I’m still hesitant to fully back them against anybody as a road favorite; the Panthers are 2-8 ATS in their last ten games in that role, and no Kelvin Benjamin makes an already average offense mediocre.

The Rams have not had a winning season since 2003, and rumors of their moving to Los Angeles may be a distraction this season. A home victory over the Seahawks last year has spearheaded some to predict that they make the playoffs this season, I’m still skeptical. Seattle has been waiting seven months to rid themselves of the bitter taste of their Super Bowl loss to the Patriots; the Rams are in the wrong place at the wrong time. On a side note I will be very curious to see how Pete Carroll utilizes new tight end Jimmy Graham in the Seattle offense.

Prior to Carson Palmer’s injury last year the Cardinals were the best team in the NFL, sporting a 9-1 record. Palmer returns healthy for this game, Arizona still has a stellar defense, and they have the league’s best head coach not named Bill Belichick. The Saints are coming off their second 7-9 season in three years, and are not nearly as productive on the road as they are at home; it doesn’t help their cause that Jimmy Graham is now playing for Seattle and C.J. Spiller is out with a knee injury.

This one is a tough call. Ndamukong Suh is now with Miami, and LB DeAndre Levy, Detroit’s leading tackler, is out with a hip injury; the Lions will also be without starting DT Caraun Reid and G Larry Warford due to ankle injuries. For San Diego they are without TE Antonio Gates (suspended), but of more concern is their mediocre pass rush against a team with Matthew Stafford, Calvin Johnson and Golden Tate. Last year the Chargers had great difficulty covering big receivers; Demaryius Thomas torched them twice – look for Megatron to do the same on Sunday.

The story line here is of course the two quarterbacks who were drafted 1-2 five months ago, Jameis Winston and Marcus Mariota. The Titans hired Dick LeBeau as an assistant coach, and he will surely come up with some blitzes and coverages that will confuse Winston into costly turnovers. Another problem for Tampa Bay is that their offensive line, which was the worst in the NFL last year, does not appear to have improved at all.

Despite their inability to win games in January, the Bengals still possess one of the best defenses in the NFL. Oakland’s defense may be worth checking out though: they just signed Aldon Smith, to add to a D that already includes DEs Khalil Mack and Justin Tuck, MLB Curtis Lofton, and Nate Allen, DJ Hayden and Charles Woodson in the secondary.

If you are physical with the Denver receivers and flood the middle of the field, that will force Peyton Manning to throw deeper on the sidelines. The Colts did just that in last year’s playoff win at Denver, and the Ravens would be wise to attempt the same strategy. Until Manning proves that he is physically capable of making that type of pass, I am going to lean towards opponents with quality physical defenses.

Dallas has the best offensive line in the NFL, which means the loss of RB DeMarco Murray will not be as problematic as it would be for other teams. Tony Romo is a year removed from his back surgery, which means he should be more effective than he was last season. The Giants will be without three starters: WR Victor Cruz (calf), LT William Beatty (on PUP, pectoral) and DE Jason Pierre-Paul (fireworked finger). And until I see differently, the G-Men’s offensive line is still in dire need of improvement.

The Eagles have had a ton of changes to their starters, and I can’t help but question if it will take them a few games to mesh. While the focus has been on QB Sam Bradford, RB DeMarco Murray and WR Josh Huff replacing Nick Foles, LeSean McCoy and Jeremy Maclin as starters, to me the loss of LG Evan Mathis is an even bigger issue. I will be curious to see how much the broadcasting crew talks about piped in crowd noise in contrast to people (and not colder temperatures) causing the pressure in game footballs to drop.

Most everyone is dogging the Niners, and I do understand why. The team failed to live up to expectations last season, the head coach departed, and several key starters are gone from a defensive unit that seemed to get old and hit the wall all at the same time. Linebackers Patrick Willis, Chris Borland, Dan Skuta and Aldon Smith are all gone, as are corners Chris Culliver and Perrish Cox, DE Justin Smith, RB Frank Gore, WR Tim Crabtree and OG Mike Iupati. While I am not particularly eager to jump on board of a team that has won only twelve games in the last two seasons combined and has to travel across two time zones for a road game, I have even more questions about this year’s edition of the 49ers.