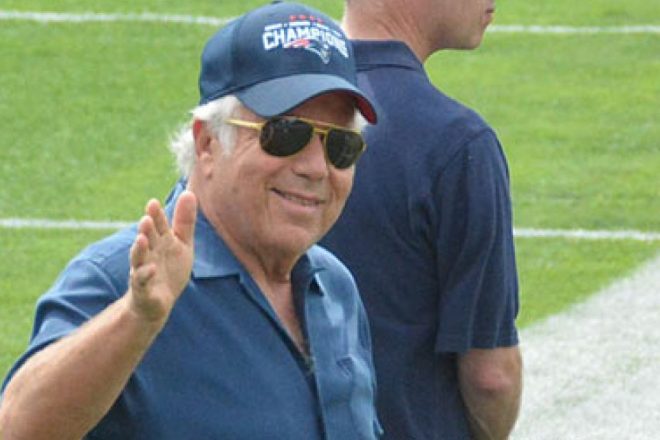 It’s been surprising to see just how many owners around the league were hoping the Patriots were dealt the blow of having to open the 2015 season without Tom Brady, but looking closer, it appears many of them don’t realize the damage this whole mess has already done.

For those who didn’t follow past NFL investigations, most notably the one surrounding the Saints during Bounty-Gate where the league did some damage that included some players who were punished unfairly, it saw a similar battle where former commissioner Paul Tagliabue was brought in and ultimately overturned Roger Goodell’s initial ruling and negated suspensions that he imposed.  From the outside, it was easy to just assume they were all guilty and form opinions based on limited information.  After all, those of us now who have seen what it’s like on the other side, we’ve witnessed first hand how Brady’s already been convicted by the casual person who just automatically is left to assume he’s guilty based on how this whole mess has been spun nationally in the media.

That’s just the way it is.  Now it seems like a lot of Robert Kraft’s peers around the league were quietly waiting to see the team that hasn’t won fewer than 10 games since 2002 or had a losing record since 2000 get dealt a significant blow heading into this season.  Texans owner Bob McNair was one of likely many who felt the team was getting what they deserved. But while the owners were sitting there enjoying seeing the Patriots squirm, one aspect is likely getting lost in their little minds as they relish in the misery that Brady and Kraft were already forced to deal with this past offseason.

The reality is, this could someday happen to them and the precedent has now been set.

When it comes to the players and owners, the owners may be the ones with the money and the power, but the players seem to be the ones with the most leverage when it comes right down to protecting themselves from unfair treatment.  Watching the NFLPA  step in and seeing Jeffrey Kessler’s job representing Brady during his time in court has been masterful, with Kessler doing a great job pointing out the unfairness in the process by the league toward one of their biggest stars and getting the judge to take notice.  Most seemed to be split when it came to predicting the eventual outcome of the case, but it doesn’t change the fact that the odds were enough in Brady’s favor where he had a shot at winning, although it’s not completely over just yet.  However, it’s a quiet reminder that the owners don’t seem to have the luxury to fight back as easily. 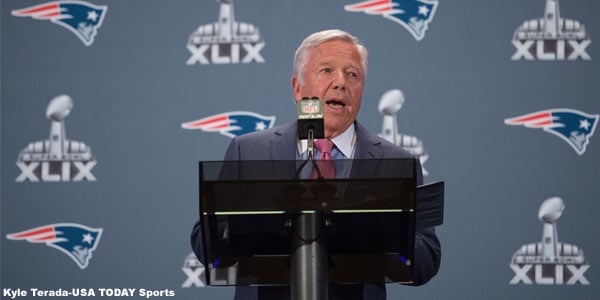 The Patriots punishment regarding DeflateGate could prove problematic someday for other owners.

Most fans hit the ceiling the day Robert Kraft stood in front of the cameras and “reluctantly” accepted the punishment of losing two draft picks by Goodell, as he tried to do the right thing by accepting the loss of their 1st and 4th round picks for the good of the league.  That set off a firestorm locally that didn’t sit well, and one would guess there were plenty of owners out there who dislike the sustained success this team has had and were pleased with the outcome.  After all, it didn’t happen to them, so it has no effect on their immediate future.

But now that it’s happened, the door has been opened for it to happen again.  This is a league that loves precedents, especially when it works in their favor.  Unlike the players, if an owner wants to go to court, which is something that past history has shown they tend to be very reluctant to do, there doesn’t seem to be much of an option should their team ever get hit with a similar penalty.

Let’s be honest, there’s enough reason to believe nothing happened at all on that night back in January, and being punished for something that didn’t happen is completely unfair and unreasonable.  But fair and just are long gone and don’t seem to be factors any more. Brady beat Goodell in court and was out on the field to start the season, but the draft picks for the Patriots in 2016 are gone.  That’s a sad fact considering they were potentially taken away without cause, especially considering the lack of proof of any wrongdoing.

But that’s going to be something that could happen to any other team going forward.  The other owners can smile all they want and take glee seeing the misery that continues in Foxboro.  But it’s all fun and games until the day comes and suddenly it’s their team possibly being penalized for something one of their players may or may not have been “generally aware of.”

Then we’ll see how much they’re smiling.