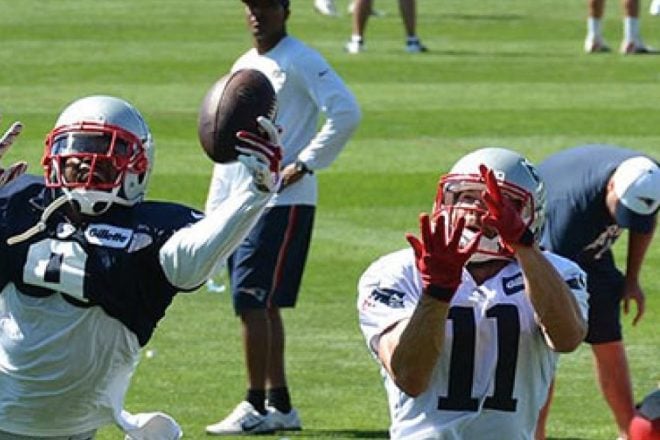 The Patriots have been at it in training camp for over a week now. Injuries have been mounting as a result of a long playoff run from last year, as Bill Belichick pointed out in a press conference over the weekend.

Some of the positional battles are beginning to take place and as always there are some surprises both good and bad. If the coaches were worried about a letdown in intensity after a Super Bowl win, the first week+ of practices should have alleviated that somewhat. The compete level has been high and the good natured trash talking between the offense and defense has been one of the highlights to watch.

We’ve put out our primers for the team’s positional breakdown in the weeks prior to training camp. Now is a good time to take a look back and see how close (or in some cases how far off), they were.  Those primers can be referenced here:

We are taking our third look at a 53 Man Roster projection after the first week of practices. Some names have already disappeared as others have taken their place.

It should be noted that many of these positions are wide open and camp competition is likely to swing back and forth between different players. That’s what training camp is for.

Bill Belichick will have a lot of decisions to make with the roster and rest assured, the 53 Man roster at the end of training camp will not be the same roster we see at the end of the season. Changes will be made and the inevitable injuries will and in some cases have already occurred. So if the season started today…

Here is our 53-Man Roster Projection 3.0