Antwan Harris is the answer to the trivia question of 'who did the Patriots select with their original pick in the sixth round of the 2000 NFL draft'? Harris played in 52 games for the Patriots, plus all three playoff games in 2001. He is most well known for two plays, both in that 2001 postseason.

Harris was a special teamer and backup safety to Lawyer Milloy and Tebucky Jones as a rookie. In the AFCCG at Pittsburgh the Pats led 14-3 in the third quarter, but the Steelers, favored by ten, were still confident. Tom Brady had been sidelined with an ankle injury and the Pittsburgh defense had just forced a four-and-out turnover on downs - this coming after the Patriots had to punt on each of their first five possessions in the first half.

Kris Brown lined up for what appeared to be an easy 34-yard field goal, but the Patriots got great pressure right up the middle. Brandon Mitchell was able to block the kick and the ball shot straight back, rolling towards midfield. Troy Brown scooped the ball up but the kicker immediately had him in his grasp. Troy looked to his left and saw Harris running right next to him, and alertly lateraled the ball to his teammate. Antwan took it to the house, giving the Patriots a 21-3 lead - with what turned out to be the game winning points. Pittsburgh would score touchdowns on each of their next two possessions before Jones and Milloy had back-to-back fourth quarter interceptions. The result was a 24-21 victory that left the Yinzers slack jawed and speechless, crying into their yellow towels.

Next up was Super Bowl 36, with New England 14 point underdogs to St. Louis. Late in the second quarter Harris popped Rams receiver Ricky Proehl - who had infamously looked into a camera on the sideline and proclaimed 'tonight a dynasty is born' - forcing him to fumble. Terrell Buckley recovered and five plays later Tom Brady hit David Patten in the end zone for a touchdown an 8-yard touchdown pass with 31 seconds remaining in the first half, to give the Patriots a 14-3 lead.

While Harris never had that type of major impact again, he was a steady performer in his reserve role for the following three seasons. Harris picked up two more rings in 2003 and 2004 before joining the Browns in 2005, where Romeo Crenel had become Cleveland's new head coach. Harris suffered a shoulder injury and was placed on IR prior to week one that season, and never played pro football again after that. 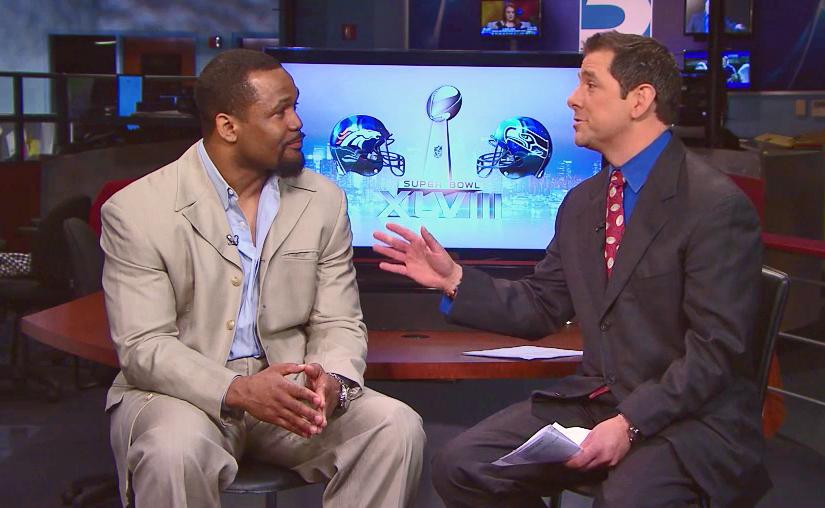 Raleigh native, former New England Patriots defensive back and two-time Super Bowl champion Antwan Harris talks about what it is like to prepare for the NFL championship and who he thinks will win Sunday's game. 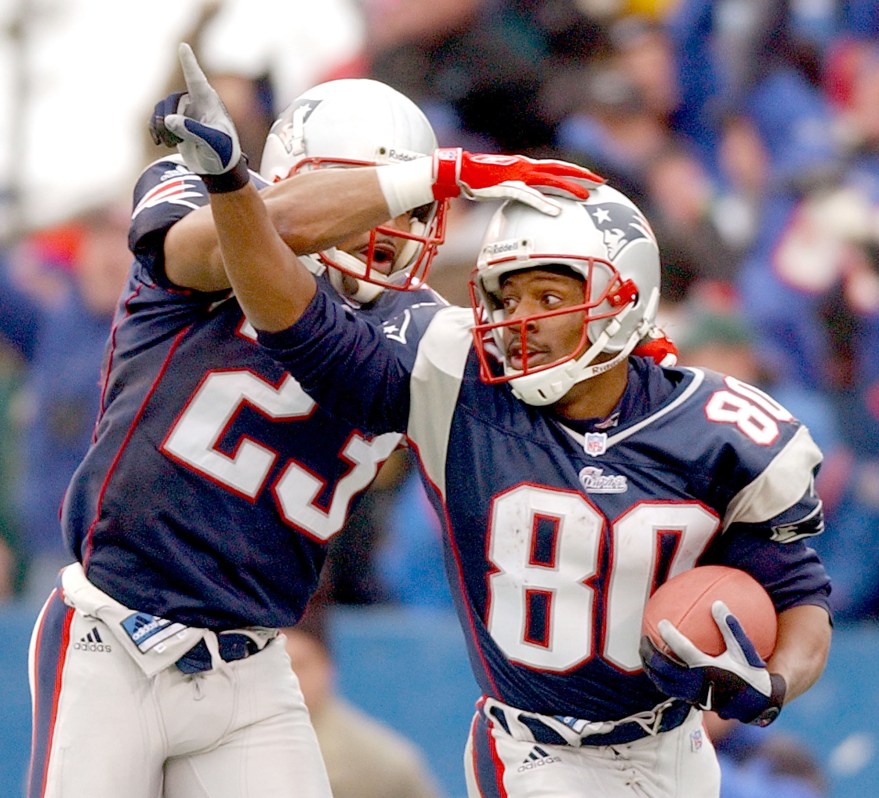 Preston spent '77 on the taxi squad, and then signed with the Broncos. He spent six years in Denver, accumulating 1,147 yards from scrimmage in 1981. Since 2012 he has worked as a Senior Project Manager for Servpro Industries in Boulder, Colorado.

Dave Preston has a long history of success, playing six seasons as a running back with the Broncos and recognized as Special Team MVP as a rookie.


Dave Preston (“Sarge”) has a history of success, stemming back to his college days, where he earned both academic and athletic All-American honors at Bowling Green State University. Preston graduated in 1977 with a Bachelor of Science in Business Administration and was awarded a Post-Graduate Scholarship by the NCAA. He was also selected by the New England Patriots in the NFL Draft that year and elected to forgo an MBA program to pursue a career in professional football.​


Happy birthday to Jim Fraser, who would have been 85 today
Born May 29, 1936 in Philadelphia
Patriot punter and linebacker, 1966; uniform #51
Acquired on Jan 29, 1966 from Kansas City in exchange for RB Ron Burton

Jim Fraser appeared in all 14 games in '66, with 55 punts at an average of 37.2 yards. On defense he also had one interception. Prior to joining the Patriots, Fraser was a linebacker and punter with the Denver Broncos, twice leading the league in punting, and was a three-time AFL all-star. He was also noted for what back then was very unorthodox, his soccer-style kickoffs.

After finishing his pro football career in 1968 with the New Orleans Saints, he moved into coaching, serving as an assistant coach at Cornell University, the University of Illinois, and Trinity Valley Community College in Texas. For more than 20 years, he served in the same role at Episcopal High School in Alexandria, Virginia. Jim Fraser later became the athletic director at Middlesex School in Concord as well as a longtime counselor and official at Camp Tecumseh on Lake Winnipesaukee in New Hampshire. Jim died April 18, 2020 from complications of the coronavirus, a month shy of his 84th birthday. 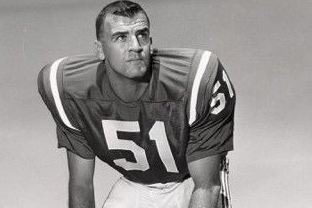 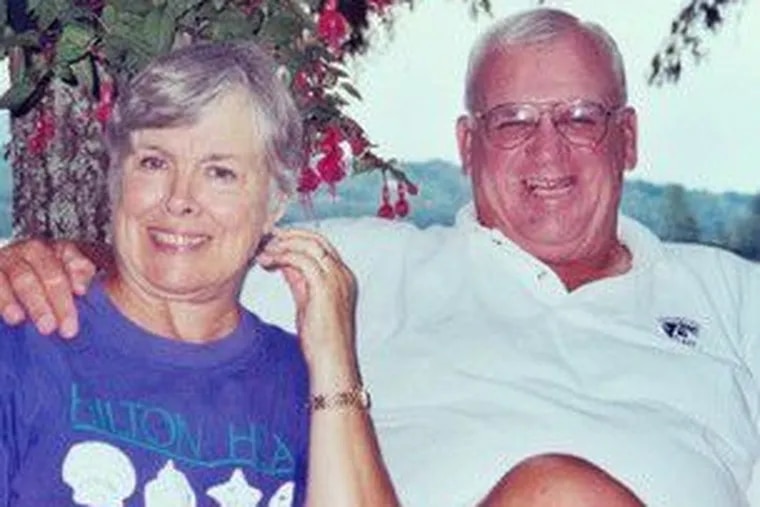 He played six seasons of pro football in the 1960s and left a 70-year legacy as a camper, counselor and official at Camp Tecumseh in New Hampshire.

Wow, your memory is much better than mine; I had to look that up.

Yes, you are correct! Tom E. Curran's 100 plays that shaped a dynasty: Brown at his best

We're into the Top 20 now. These are the plays of the Bill Belichick Era you best never forget. And probably can't. They're the ones that led directly to championships -- most for New England, a couple for the other guys. Or they're plays that signified a sea change in the way the New England...


The Steelers were about to finish off a drive with a 34-yard field goal when defensive lineman Brandon Mitchell got a paw on the attempt. Brown then followed the “scoop and score” directives of the Pats coaching staff. The teaching point? Loose balls in the kicking game should always be advanced because of the slow, sloppy field goal-protection units and the fact that – because it’s fourth down – the defending team will get the ball either way. So Brown scooped, took off and – when wrapped up briefly – lateraled to Antwan “Puddin’” Harris who took the ball the distance for a touchdown that made it 21-3. The Steelers would score touchdowns on their next two drives – scores which would have put them ahead if not for the “scoop and score.”​
You must log in or register to reply here.