Bills vs. Patriots live updates: Here's what Sean McDermott and players are saying

Patriots' left guard position continues to be in the spotlight 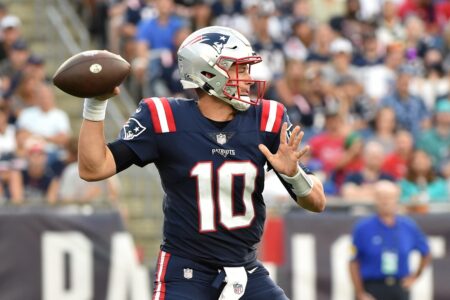 HERE'S A LOOK AT WHAT'S BEEN SAID:

"I don't think nobody shut me down; [Ty Law and Otis Smith] are just two average corners.  When you got two good safeties, your corners can gamble a lot more. They were kind of bracketing me. Otis would come up and jam me at the line and jump outside, and he'd let me go inside knowing that he had help over the top. They were giving me everything inside and taking everything from me deep and outside.

"I wouldn't say they shut me down. They got like two or three pass-interference calls when they played me man to man. They got out of that real quick and they went to bracketing me. They were forcing me [inside] and I'm running straight on to the safety. I can't do nothing but run curls and in routes. They were taking away everything outside."

--------
"Me and Ty Law, we still have some unfinished business.  I worked all off-season looking forward to this game. "