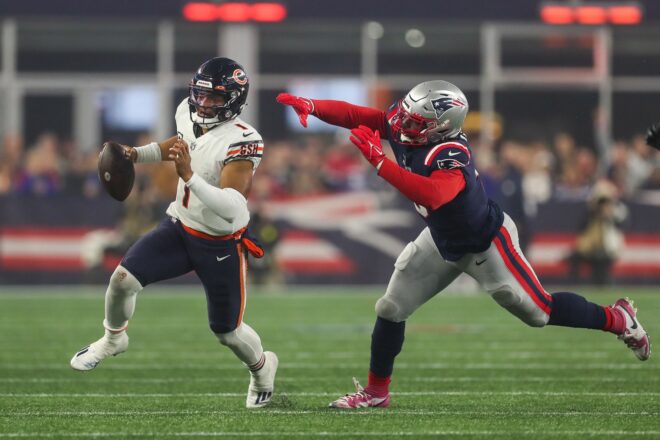 Matthew Judon has had a career year for the New England Patriots, and for his efforts was named the team’s Pro Bowl representative. The honor marked the fourth Pro Bowl of Judon’s career and the second with the Patriots.

Judon’s 14.5 sacks this season rank second in the NFL, just one behind Nick Bosa for the NFL lead.

Over social media Friday, the Patriots celebrated Judon with a highlight video of every single sack he’s recorded this year through Week 15.

You can view them all in the YouTube link below.

Despite the strong season, Judon wasn’t happy with his recent performance against the Las Vegas Raiders, where he was held without a sack and recorded one pressure. To make matters worse, Judon hasn’t recorded a sack in three of the last four games.

“But there’s always next week. You’ve just got to keep going after it, man. You can’t get discouraged. They had a good game plan with what [Derek Carr] did. He got the ball out of his hands fast. That’s what it is. [Expletive], I try, but I’m not always going to get it.”

Judon will seek to add to this highlight reel over the Patriots’ remaining three games and have a shot at the franchise single-season sack record of 19.5, currently held by Andre Tippett.