2 months ago at 6:30 am ET
Follow @IanLogue
Posted Under: Patriots Commentary 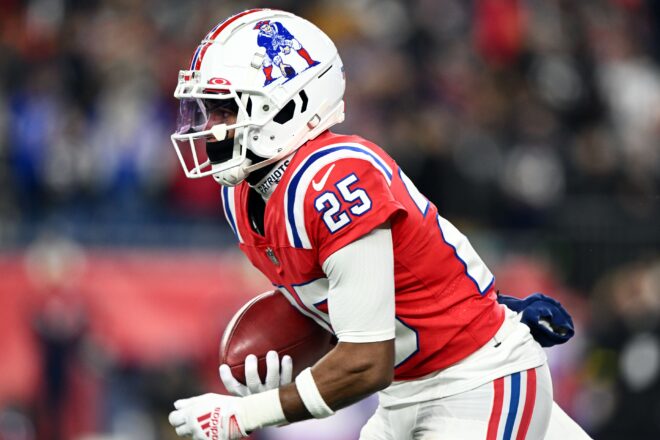 Heading into Monday night’s match-up, if ever there was a sense of urgency, it’s probably safe to say there needs to be a heightened state of it for the New England Patriots this week.

Sitting at 6-6, the players have said repeatedly that things are far from over, and that they still control their own destiny over these final few contests. Getting a win out in Arizona is certainly going to be a critical part of that if they hope to be playing meaningful football after December.

Here a few key questions likely on everyone’s mind heading into this one.

1) Will we see more from Marcus Jones? – The team has struggled offensively in recent weeks and needed a spark, and Jones definitely gave that to them last Thursday against Buffalo.

The rookie scored a 48-yard touchdown on the Patriots’ second series, taking a quick throw from Mac Jones and accelerating past the Bills defense and they never had a shot at catching him as he took off for the end zone.

Belichick talked about him earlier this week and definitely made it sound like he could see some additional snaps after last week’s performance. They may need all the help they can get, especially if Jakobi Meyers ends up inactive for this one as he continues recovering from a concussion.

2) What will they do with Tyquan Thornton this week? – Thornton is another player who has been quiet in recent weeks. He played just 21 snaps in the loss to Buffalo, catching two passes on three targets for 31-yards, including one that went for 19-yards on a quick post in the fourth quarter where Thornton glided into the secondary and hauled in a great throw from Jones’ in-between defenders.

He also found some space later in that drive and hauled in a high throw for 12 more yards, as the Patriots put together a 17-play drive that ultimately ended in a field goal for what would be their final points of the night.

Given the blowup between Mac Jones and the coaching staff, it’s possible they’ll want to push the ball down the field more this week and it should be interesting to see if Thornton sees more time as a result.

3) Can they contain Kyler Murray? – Another question is going to be whether or not they contain and pressure Murray, which they’ve struggled to do with quarterbacks who have had success running the football this season.

They were able to hold Bills quarterback Josh Allen to just 20 yards on 8 carries last Thursday, and the last time they faced Murray in 2020 (his second NFL season), he had 5 rushes for 31 yards.

Murray completed 23-of-34 for 170-yards along with one turnover that afternoon, although the Patriots managed to come away with a 20-17 win thanks to a late field goal by Nick Folk.

The Arizona quarterback has come a long way since then and he’s currently the Cardinals’ second-leading rusher with 415 yards on 66 carries including 3 touchdowns. He’s also among the fewest sacked quarterbacks in the league with 25.

Hopefully, New England’s defense will hold him at bay and get some pressure on him when these two teams face off Monday night. 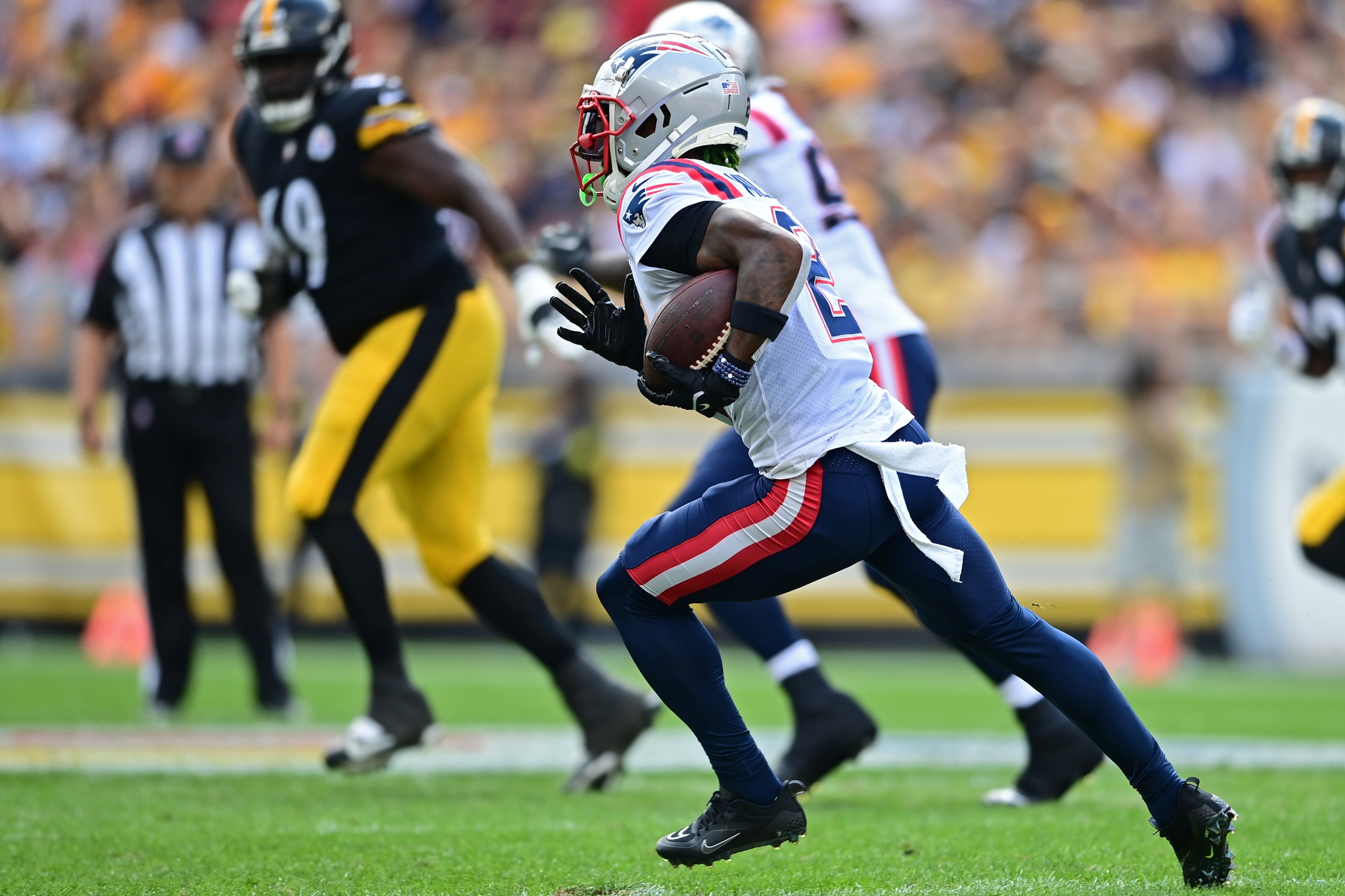 4) Will Jalen Mills play on Sunday? Mills was absent again on Thursday, which could once again complicate things if he’s unable to go.

His absence loomed large last week as against Stephon Diggs, the Patriots were a bit undermanned and it allowed other guys to step up and have a big night.

With DeAndre Hopkins up next, the concern would be another repeat for a secondary that doesn’t exactly have much margin for error. Needless to say, fans should have their fingers crossed that Mills doesn’t miss this week.

5) Will the Patriots be a mess on the offensive line again this week? Trent Brown and Isaiah Wynn have both missed time this week, which certainly has their statuses for Monday night in question.

Brown’s status was up in the air up until game time last week, with the veteran stepping in at the last minute.  However, while it was a gutsy effort, the offense definitely struggled.

He had a tough night against the Bills’ pass rush and Jones found himself under pressure for most of the contest.

They also saw Connor McDermott line up at right tackle, with McDermott also being a last minute addition. If Brown is unable to go, that would only further complicate things for a group that has been an issue all season.

6) Can the Patriots establish the run and protect Mac Jones? – Jones spent a fair amount of Thursday night running for his life and whether or not the Patriots can have success on the ground is likely going to play a big factor this time around in Arizona.

Damien Harris didn’t play last week and that saddled Rhamondre Stevenson with most of the workload. Given Harris’s availability again this week, it’s looking like that will likely be the case again in this one.

Rookie Kevin Harris also saw some time, but he ended up playing just one snap after he was leveled on his lone carry.

If they can’t run the football and they get behind, it’s going to be tough to imagine them having to pass their way back into this one. Hopefully, it won’t get to that point but this is a team who we never know what we’ll see from them in a given week.

With all of their issues, it’s definitely going to leave fans with plenty of things to keep an eye on when they finally kick things off just a few days from now.