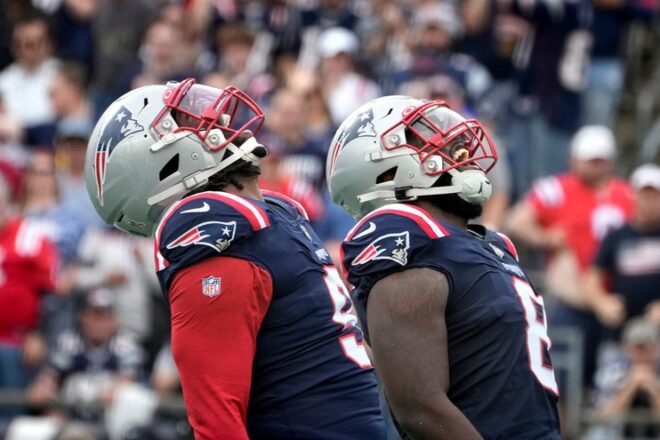 For the first time since November 4th, 2001, the New England Patriots recorded nine sacks in a single game, punishing the Indianapolis Colts’ offensive line this past Sunday.

The nine sacks tied for the most of any Bill Belichick-coached Patriots team and were just two short of the franchise record.

Six of those sacks came from Matthew Judon (3) and Josh Uche (3). It was the second time in Patriots franchise history that multiple players (Uche, Judon) had 3+ sacks in the same game. The other time was in 1985 when Andre Tippett and Don Blackmon did so against the Green Bay Packers.

Individually, Matthew Judon increased his NFL lead to 11.5 sacks on the season as he remains on pace to break the Patriots’ single-season record of 18.5 held by Andre Tippett.

The Patriots as a team are up to 32 sacks and are on pace to finish the season with 60 sacks, which would break the franchise record of 58 set in 1977.

Over Twitter this week, the NFL shared footage of all nine sacks from the Patriots’ defense you can re-watch in the link below.

Count all nine @Patriots sacks (plus one INT) from Sunday. @CourtyardHotels pic.twitter.com/dPvO30ORgm