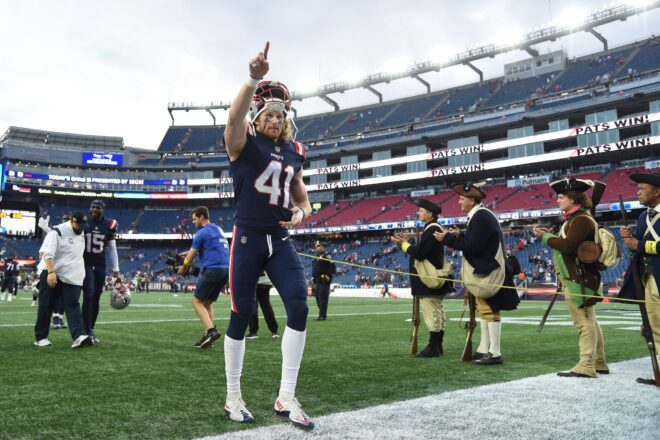 The New England Patriots rolled past a struggling Indianapolis Colts team this past Sunday with a 26-3 victory.

Heading into their bye week, the Patriots sit at 5-4, the first time they are above .500 this season.

Notable moments from the game saw the defense record a season-high nine sacks, tying the most by any Bill Belichick-led Patriots defense.

The last time the Patriots recorded nine sacks in a game was back in 2001 against the Atlanta Falcons. The overall team record remains at 11 and was set in 1963 against the Oakland Raiders.

Both Matthew Judon and Josh Uche contributed three sacks each as part of the Patriots’ sack total.

Additionally, the defense limited the Colts to 0/14 on third down, becoming the third team since 2001 to hold an opponent to 0/14 or more.

You can relieve these moments and more with the mic ‘d-up sideline and locker room footage from the Patriots below.

By: Steve Balestrieri
But we need to continue to work to do things better on our end. Then as it relates to our specific opponent. There's no magic…
24 hours ago