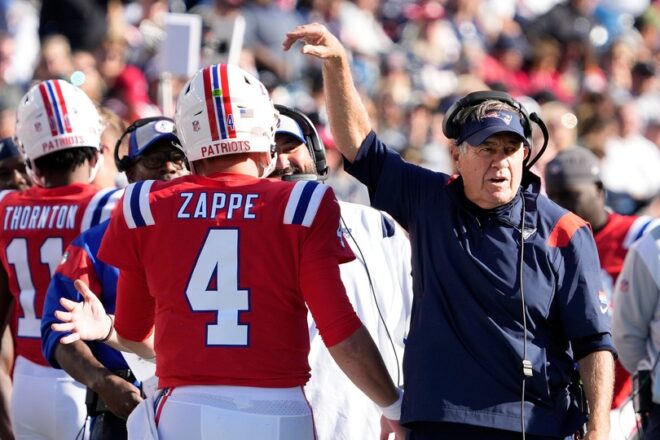 This past Sunday against the Detroit Lions, the New England Patriots got back into the win column with an impressive 29-0 shutout victory against the NFL’s highest-scoring team through the first month of the 2022 season.

The game was Bill Belichick’s 400th as head coach, becoming the fourth to reach this mark with one team in NFL history.

Notable moments from the 29-0 win saw the defense registering its first home shutout since 2016 and 14th overall under Belichick.

An anchor on that defense, linebacker Matthew Judon, registered a sack for the fifth straight game, which led to a 59-yard fumble return for a touchdown by safety Kyle Dugger. For the second week in a row, the defense scored points.

Filling in for Mac Jones, 2022 draft pick Bailey Jones made his first career NFL start and threw his first-ever touchdown pass to Jakobi Meyers.
Meanwhile, “Mr. Reliable” Nick Folk added to his NFL record of field goals made under 50-yards to 63 straight. He also tied his career high with five made kicks during the game.

You can relieve all these moments and more with the sights and sounds from the Patriots’ sideline and locker room reaction following the game with these two videos produced by the team below.

The Patriots will look to string together their first winning streak against the Browns in Cleveland at 1 pm EST on Sunday.