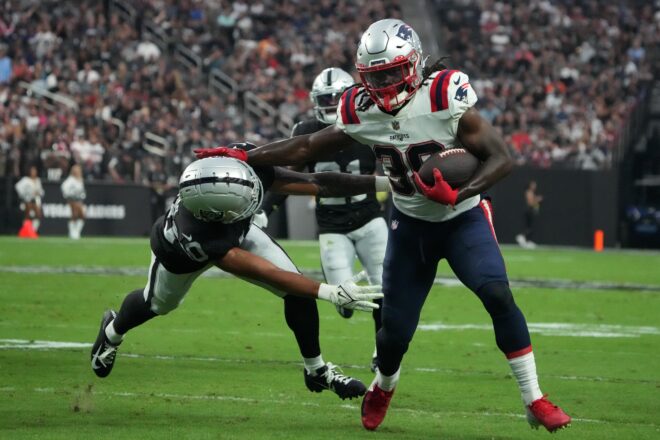 The NFL regular season is back, and the Patriots travel to Miami to meet the Dolphins for the 11th time to start a season and the third year in a row. The city of Miami has not been kind to the Patriots since the Dolphins entered the league. The Patriots are 17-40 in games played in Miami

Since Bill Belichick took over as the head coach of New England, the team is 99-37 against teams from the AFC East. They are 26-18 against Miami and have the same combined losses against the Jets and Bills (34-10 vs the Jets and 36-8 vs Buffalo). The team was 3-1 against Indy until the realignment in 2002.

This week’s game will be broadcast by CBS and can be seen locally on WBZ-TV Channel 4. Greg Gumbel will handle play-by-play duties, with Adam Archuleta handling the color analyst duties. The game will also be aired on the Patriots flagship radio station, 98.5 The Sports Hub, with Bob Socci and Scott Zolak on the call, produced by Marc Capello.

The Patriots (10-7) are coming off of a playoff season with a rookie QB but faded badly down the stretch. With a new offensive identity, they struggled badly all summer offensively and have some questions entering the season.

The Dolphins (9-8) were on the cusp of the playoffs last year, but fired head coach Brian Flores in a breakup that turned ugly. Dolphins owner Stephen Ross has been suspended under two separate tampering allegations. But they added some really good pieces to the roster, and new head coach Mike McDaniel has a really good grasp of the offensive side of the ball.

The Patriots running game sputtered trying to incorporate the outside zone schemes, but with Damien Harris and Rhamondre Stevenson, they have an excellent 1a-1b tandem to pound the ball between the tackles.

Miami’s run defense has some good pieces with Christian Wilkins, Raekwon Davis, and Emmanuel Ogbah, who eat up blocking schemes and allow the LBs to make plays. Elandon Roberts is a thumper on running-downs, but the Patriots have to get to the second level in this game.

Look for the Patriots to return to the power-running game here. This could be the key matchup for the game (from a Patriots’ perspective). They have to be able to grind out yardage and wear down Miami’s front seven. They have an excellent pass rush that loves to blitz. Running the ball effectively will negate the blitzing and set up play-action.

The Patriots’ passing game looked awful for most of the preseason, which was due to, in no small part to the poor protection afforded Mac Jones. If the protection doesn’t improve and the running game doesn’t produce, it will be a long, hot, painful afternoon for Jones.

Miami’s pass defense allowed just 6.4 yards per pass last year, they have excellent pass rushers, and Jaelan Phillips really came on at the end of the season, registering 7 of his 8.5 sacks in the final 9 games. Xavien Howard returns at corner but Byron Jones is on PUP.

Look for Jones to go to the quick passing game utilizing Parker’s ability to catch contested passes, also try to isolate Roberts in coverage on early downs with the tight ends or Stevenson out of the backfield. Protection is the key

Next up is the Dolphins’ offense:

The Patriots’ run defense was exposed last year, but on paper, they appear much better suited to handle the speed of both running and passing plays. Christian Barmore and Davon Godchaux appear destined for big seasons, and the linebackers are (finally) much faster and more athletic.

Miami’s running game has been awful for the past several years, but with McDaniel, at the helm, they are putting in the outside zone scheme. They added two very fast running backs in Chase Edmonds and Raheem Mostert, who are perfectly suited for this style of offense.

Look for the Patriots to add some of their plethora of safeties to the mix this week to match the speed of Miami. Being Week 1, it will be interesting to see who is more prepared with game planning.

The Miami passing game is based on speed, speed, and more speed. They added Tyreek Hill to the passing game to go along with Jaylen Waddle and Albert Wilson. All can fly. Adding Edmonds and Mostert out of the backfield makes this unit (on paper) very difficult to stop. But it all depends on Tua. All eyes will be on Tua this year, and rightfully so.  Miami will only go as far as Tua can take them.

Look for the Patriots to try to take away those quick slants that he’s feasted on against them and force him to hold the ball long enough to allow the pass rush to get home.

The Patriots and Dolphins special teams are pretty well matched up with kickers Nick Folk and Jason Sanders, as well as punters Jake Bailey and Thomas Morstad. Both teams will feature new returners, Hill with Miami and Myles Bryant and Marcus Jones for the Patriots. Both teams’ coverage units must be in mid-season form.

Week 1 games are always the hardest to predict. There are so many new faces on the field and on the sideline that anything can happen.

Control the Clock and Tempo with the Running Game — The Patriots will attempt to run the ball against an aggressive Miami defense. If they can keep grinding the ball out offensively on the ground, they will have a good chance for an upset.

Jones Spreads the Ball Around Quickly — If the running game gets going on early downs, it will allow the Patriots to set up play action. Jaelan Phillips has had some issues in setting the edge, and Jerome Baker isn’t great against the run.  They could target Roberts in coverage and attack the linebackers, which isn’t the Dolphins’ strongest position.

Force Tua to Hold the Ball and Generate Pressure — The speed of Miami is their biggest strength, but if they can take away those quick slants, then attacking RT Austin Jackson with Matthew Judon could be a mismatch where they can generate pressure, disrupt the timing, and get a turnover or two.

This is a game that could go in very different ways. While they looked bad this preseason, no one game plans, as well as Bill Belichick. I’m drinking the Foxboro Kool-Aid here. I think a late score will allow them to steal a win where they have scarce. Patriots 21-20