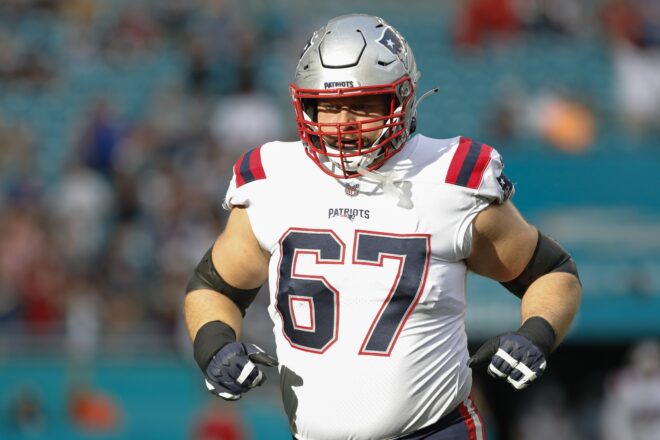 Good morning, and we hope that all of you are surviving well and are safe and warm after the blizzard that pummeled the East Coast on Saturday. Here are your weekly Patriots news 01-30 and AFC East notes.

With the Patriots season finished, we decided to take a look at the team’s roster first and how the team is currently constructed. Today we’ll look at their own free agents. And many of them were either starters or played significant roles for the team.

In later posts, and depending on how the Patriots handle their own free agents, we’ll delve into who is available and who the team may target as well as how the team will work around the salary cap.

Josh McDaniels: Early last week, the Raiders seemed interested in McDaniels, then early on Thursday, the rumor was that Las Vegas had moved on. Then late Thursday night, they requested an interview with him, and it may end up being a package deal, as apparently, the Raiders are also interested in NE front office exec, Dave Ziegler for the vacant GM job.

Aaron Wilson of Pro Football Network said that the two sides are “all in” on McDaniels taking over as the Raiders head coach.

Among some of the names being floated about former NE Offensive Coordinator Bill O’Brien, who now is fulfilling the same role at Alabama, Nick Calley, is an in-house prospect, being the Patriots tight end coach, another in-house prospect, Mick Lombardi, the Patriots wide receiver coach. Other former Patriots coaches who could be tagged include Chad O’Shea, Joe Judge, and Jerry Schuplinski.

Bill Belichick: The Patriots HC was named the PFWA’s Executive of the Year, for leading the Patriots back to the playoffs this season after a 7-9 season a year ago, the team’s first losing season since 2000. I get a vote in that, being a member, but I’m not sharing my ballot…LOL

Drew Desjarlais: The Patriots signed the 24-year old offensive lineman to a future contract from the CFL. The 6’2, 313-lb lineman was a 1st round pick (4th overall) with Winnipeg and helped the Blue Bombers win a CFL championship this season.

Tom Brady Retirement: Everyone was speaking on Saturday afternoon about the retirement of Tom Brady after Adam Schefter reported it. Even teammate Mike Evans congratulated TB12 on his career.

Then Tom Brady Sr. threw cold water on the report saying that Tom hadn’t retired. It could just be that Brady wants to do the honors himself when he’s ready, and not reacting to another ESPN report. But if you’re the cynical type, just go read the mouth breathers who commented on Pro Football Talk’s piece on it.

Patriots 4th & 2 Podcast: If you haven’t checked out our PatsFans.com podcast, “Patriots 4th & 2” in a bit, please check it out. Russ, Derek, and I discussed the team’s free agents, and the Brady news(?).

With the 2022 offseason upon us, let’s take a look at the Patriots who are free agents. The team already signed one, Harvey Langi last week, but they still have a slew of their own free agents to sign.

This list includes 16 players who were either starters or played a significant role for the team in 2021. So, let’s take a look at each of the Patriots’ pending free agents.

Jackson will likely see a big payday once free agency hits, unless the Patriots place the franchise tag on him, which would pay him about $17 million next season. A long-term deal would tie up about $20 million per year. Jackson has earned his payday, he’s shut down nearly everything thrown at him (with the exception of Stefon Diggs)

But will NE pay him? For one more year…yes with the tag. But the feeling here is, Jackson will be moving on after 2022.

The Patriots captain and long-time safety had a very solid season and there have been rumors that McCourty would retire. Beside excellent leadership on the field as the QB of the secondary, McCourty provides even more leadership off the field.

Obviously, they’d love to have him back but not at the cost of what he was paid in 2021. If he and the team can find a happy medium, then he’ll be back for one more season.

Hightower has been the Willie McGinest of his generation and he’s at his best when playing downhill. But he looked like he was nearing the end, down the stretch. The Patriots have several younger more athletic linebackers, and they need to see if they can play in this system or not (Winovich, Uche, Jennings, McMillan, and the rookie McGrone). But …Bill Belichick has always built his defense around big, physical backers and those guys are getting rarer.

As much as I’ve admired his play for a decade, it may just be the time for the team to move on. Would it shock me if he too did return for one more season? No, but at a vastly reduced rate.

When he’s on the field, Brown is an excellent tackle…when, being the definitive word. He said he loves it in New England and will be probably willing to take a bit less to stick around. But with Isaiah Wynn’s injury woes and inconsistent play in 2021, Brown will probably get only a short-term deal. The position needs an influx of youth.

Bentley, like Hightower, is best when he’s playing downhill. It will be intriguing to see if others around the league value him as he’s not the 2020’s version of an NFL linebacker, but does fit the mold of what Belichick values. He’s better in coverage than Hightower but doesn’t make the splash plays.

Meyers’ case is another intriguing one. He led the team with 83 catches, 866 yards, and 2 TDs. But he’s not a YAC guy and with pedestrian speed, would another team pay big for him? The Patriots can’t afford to find out so they’ll probably tender him with a 2nd rounder. He’s been their most reliable receiver, so, they should make an effort for him to return.

Slater is a HOF caliber player (every player with 10 Pro Bowls is in Canton) and the team’s unspoken conscience. He sounded like he’s retiring after the Bills game, but if he wants back, the team will pay him.

After a year in Miami, he was released and signed back with the Patriots. At the outset of the season, he was thought to be a backup, but he worked his way into being a starter again. And teams will pay for that, his toughness, and versatility. He may leave again for a payday.

Collins came back for the third time this season, but looked slower and aging down the stretch. I think he’ll get paid (by someone else), one more time and will be elsewhere in 2022. The Patriots need to re-do the linebacker position.

White suffered a possible career-ender with his hip injury last season. The Patriots had hoped that J.J. Taylor would eventually take that role. That appears less likely now. Bolden (more below) filled in admirably but the team missed White.

If he’s healthy the team will look to bring him back, but around the same cash expenditure that he was paid.

Bolden was a bargain at what he was paid last year and filled in for White. It seems every summer, media types write his obituary from the team, and then (like 2021), he shows why he’s so valuable and worth keeping around. He should return.

King returned after missing two seasons to play a key role on the Patriots’ special teams although it wasn’t his best season by far. But after missing two years, he played 75 percent of the ST’s snaps. Belichick likes him, and he’ll get a chance to stick around again.

Hoyer’s value is that as a veteran mentor and sounding board for Mac Jones. He’s like another coach in the ear of the rookie QB, something the team should address once his playing days are over. But not in 2022. Hoyer should be re-signed.

Folk was once again outstanding in 2021. He hasn’t missed a FG inside of 50 yards since Week 2 of 2020.  His range isn’t great, but he’s money inside of his wheelhouse. He should be back and Quinn Nordin will have his work cut out, trying to win over the job from Folk.

Davis worked his way into a role in sub-packages and has played well. Well enough that he should get another contract to

Olszewski took a big step backward in 2021 after being an All-Pro PR in 2020. It was hoped that he would follow the path of Julian Edelman and become a viable WR, but that hasn’t happened. The team will bring him back but they’ll also start looking for his replacement…during training camp.

Johnson has been a feel-good story, earning a roster spot from being a European player. The Patriots can tender for $2.5 million this offseason. But with so many TEs not being utilized, could he be out next season? Possibly, we’ll see who the offensive coordinator is once camp starts.

Troy Fumagalli spent the season on IR and won’t return in 2022.

Hall spent the season on the PUP list, therefore he didn’t accrue an official season and is an exclusive rights-free agent (ERFA). The Patriots will probably bring him back but no one else can offer him a contract so that number will be low.

Redmond spent most of the season on the Patriots practice squad before being placed on IR late in the year. He may get offered a low-ball deal to come back to camp.

Ferentz has been in and out of Foxboro seemingly forever, it is doubtful that they bring him back again.

The slate of games for the Conference Championships and my predictions are straight up for this week.