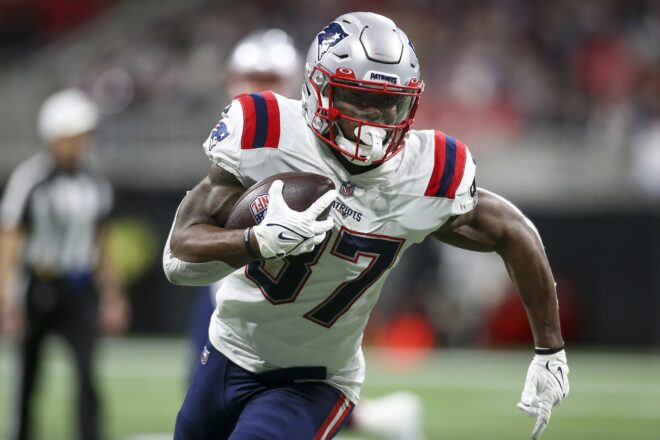 New England Patriots running back Damien Harris has put together a breakout season as the lead back on offense.

During Sunday’s regular-season finale against the Dolphins, if Harris can get 108 yards he’ll be the first Patriots running back to rush for 1,000 yards in a single season since LeGarrette Blount in 2016. Harris’ two rushing touchdowns last week also tied him for second on the Patriots single-season rushing touchdown list with Curtis Martin (14).

With the Patriots game pushed back to 4:25 EST Sunday, check out Harris mic’d up during last Sunday’s win to pass the time below.