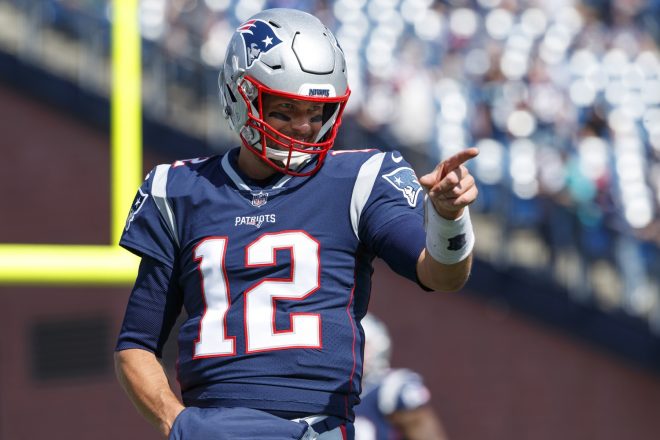 While everyone in New England is squarely focused on the 2021 Patriots, every now and then Tom Brady will still share some interesting stories from his Foxborough days that might pique interest by some in Patriots Nation between games.

Brady of course is also in the midst of debuting his ten-episode “Man In The Arena” documentary series on ESPN+ that covers his NFL career experiences before, during, and after his nine trips to the Super Bowl in New England and one in Tampa.

So on Wednesday, a different piece of content appeared over social media that had Brady talking with sports broadcasting legend Vin Scully on his “Let’s Go” podcast. During their interview, Scully asked Brady to talk about some of his most memorable touchdown passes now that he’s hit 700 for his career.

You can take a listen to Brady’s full response in the following tweet featuring a clip from the show.

Thanks @TomBrady. It was wonderful speaking to you. Best, Vin. https://t.co/KDARYld5pt