1 year ago at 12:12 pm ET
Posted Under: General Information 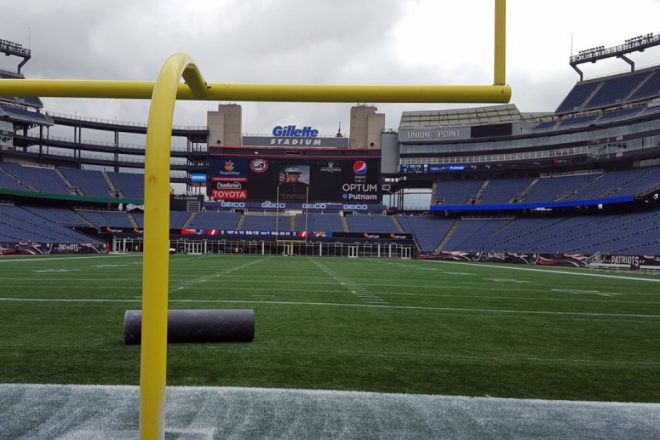 The New England Patriots are one of the most storied franchises in NFL history, and Patriots fans are serious about their team. If you’re a Patriots fan, you know how important it is to stay on top of the latest information about your favorite team. The NFL Season is a time of high emotions for most fans as they wait to see if their team makes it to the year’s biggest game—the Super Bowl.

Although we still have a few months before the Super Bowl kick-off, If you’re confident in the Patriots’ chances of winning a big game, you may even bet with friends or online from time to time. There’s also the question of who will be the season’s MVP. You may even want to compare NFL MVP betting odds to see how the best players in the league stack up against each other. Apps can also help you stay up to date on the Patriots.

Keep reading to learn about the apps every Patriot fan needs.

This is the first app all Patriots fans should download to stay current on everything happening with their favorite team. It’s the team’s official app and features live game commentary, the latest news, and analysis, play-by-play and video highlights during games, live Patriots radio and podcasts, and allows you to stream local market games and primetime games live. You’ll always be in the loop when it comes to player injuries, schedules, league standings, and much more. The app even hosts the team’s worldwide fan club and has a directory of sports bars, so you can find your fellow fans wherever you are.

Once you’ve installed the Patriots official app, it’s time to download the NFL’s official app. The app is packed with features, including the ability to tailor your experience by selecting the teams you want to follow. Since you’re a Patriots fan, you’ll want to choose them as one of your teams. From there, the app will keep you up to date on everything happening with the team. You’ll be able to view live local and primetime games, the playoffs, Super Bowl, NFL Combine, and draft coverage from the app. You can check the app’s Game Center for up-to-the-minute scoring, in-game highlights, and drive charts. Depending on your cable provider, you can access the NFL Network 24/7/365 and NFL RedZone from your tablet. You can also access the NFL Game Pass if you’re a subscriber.

If you’re a lucky fan who lives close enough to attend a game at Gillette Stadium or are planning a trip to the area, the Gillette Stadium app is a must. You can access mobile tickets, seat upgrades, passes, and discounts for season ticket holders with the app. The app has loads of information, including timelines and activities taking place on event day. You’ll also find directions to the stadium and information on parking, seating charts, weather, maps, and an A-Z guide on this helpful app. You can enable push notifications to stay up to date on event details. There’s even an artificial intelligence chatbot that can help you with issues or concerns. As if that weren’t enough, you can access the NFL Redzone and footage from exclusive angle live cameras, game replays, the latest stats, and more directly from the app.

We probably don’t need to tell you that ESPN is an essential app for Patriot fans. ESPN is one of the top names in sports coverage, and the app lives up to the channel’s reputation. If you love ESPN’s NFL analysts, imagine carrying the coverage everywhere you go. You can do just that with the ESPN app. The app will keep you updated on everything going on in the NFL, including the Patriots. If you miss the live pregame and postgame updates, you can catch up on the app. You can also watch highlights and follow live scoring updates from the app. ESPN bills itself as the worldwide leader in sports, and it doesn’t let Patriots fans down with its comprehensive app.