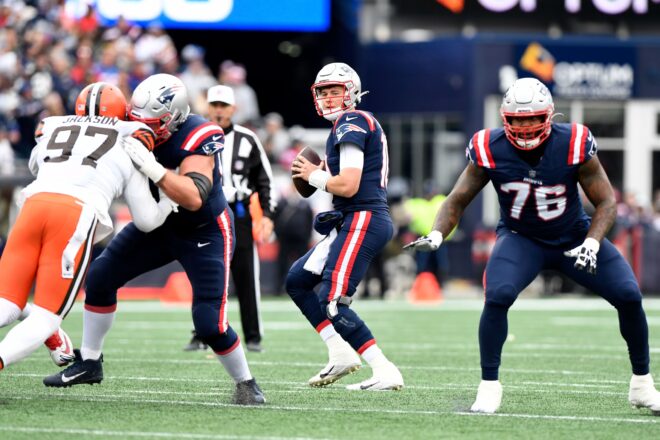 Quarterback Mac Jones put together one of the strongest performances in his young NFL career on Sunday during the Patriots’ 45-7 win over the Cleveland Browns.

Additionally, Jones logged career highs in completion percentage (82.6), passing touchdowns (3), and passer rating (142.1). He also became the first Patriots rookie quarterback ever to throw three passing touchdowns and have no interceptions in a single game.

“Everyone just finds their role, and for me, that’s just being more vocal. I think we’re all on the same page, which is good,” Jones told WEEI’s Merloni and Fauria on Monday when reflecting on the team’s recent success. “That’s a weekly thing we have to strive for, getting on the same page with the game plan, and putting on a good show on Sunday and putting enough points on the board.”

On Tuesday the Patriots media team put together the following highlight reel featuring the top three completions Jones made against the Browns. Check it out below.