2 years ago at 11:46 am ET
Follow @IanLogue
Posted Under: Patriots News 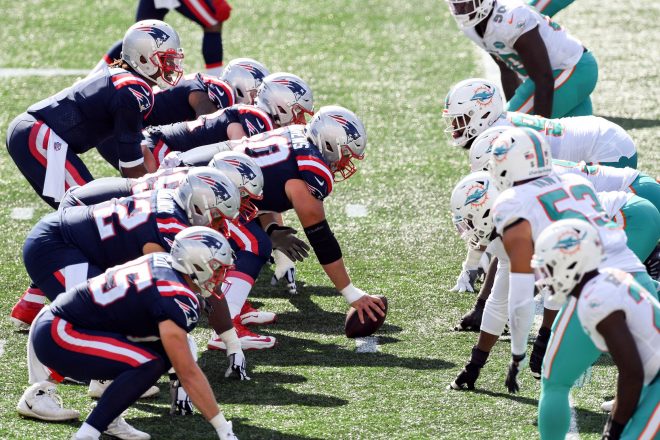 With the full 2021 NFL schedule set to be released later today, it appears we at least know who the Patriots will open up against to kick off the season.

The league announced the Week 1 slate of games earlier this morning, which will see the Patriots open up on Sunday, September 12, 2021 at home against the Miami Dolphins.

That match-up takes place at 4:25 pm, with the other AFC game in that slot being between the Browns and Chiefs.  That’s a tough test for Cleveland, who starts off the year on the road with what could be a tie-breaker down the line in a rematch of last year’s Divisional Round battle at GEHA Field at Arrowhead Stadium.

The 2021 NFL Campaign gets underway with a Thursday night game between the Cowboys and Buccaneers, with Super Bowl Champion Tom Brady and company opening up the season at home.

As for the 1:00 pm match-up that will likely be of interest to many, that will likely be the Jets and Panthers, with New York traveling to Carolina to take on former Jets starter and now Panthers QB, Sam Darnold.  In the AFC, the other big game during the early match-ups will be between the Steelers and Bills, with Pittsburgh starting the year on the road in Buffalo.

This marks the second-straight year the Patriots will kickoff the season at Gillette Stadium against Miami, with New England winning the opener against Brian Flores’ club 21-11.

We’ll update the full schedule later on as soon as it becomes available.