2 years ago at 11:37 am ET
Follow @MarkMorse5
Posted Under: Patriots News 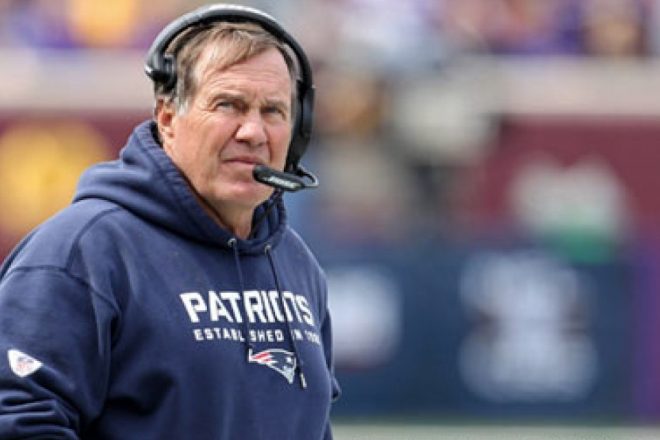 With the flood of Free Agent signings, the Patriots have rebuilt their defense into what may be a top-tier NFL group.   They targeted young Free Agents that are well-established players already but are also coming into their prime years as players.  I don’t care if they appeared to overpay some of them, they had the available cap space and they went after their type of player who they feel will fit the scheme they want to play.

1) The signing of Matt Judon pleasantly surprised me.  They tend to not go after the top Free Agents.  Of all defensive Free Agents, Judon was at the top of my list.   He will set the edge and give them a legitimate pass rusher.  Add to that the return of Donta Hightower and re-signing of Kyle Van Noy, they have a solid starting LB group that were not part of the team last year.

2) The Defensive Line was swiss cheese last season.  One of the worst against the run and offered little in the way of a pass rush.  The opposition would run the no-huddle offense and force the Patriots to keep these guys on the field and they would not be able to generate any pressure on the QB.  That will be different with the signings of Davon Godchaux, Henry Anderson, and Montravious Adams.  Anderson was another I identified as a Patriots fit.  He is a lunchpail kind of player.  He brings it every down.  Not flashy, just does his job.  Adams has a lot to prove but this may be the opportunity to show what he can do.  Godchaux is another unheralded player that is excellent against the run.  They brought back Carl Davis who played well in the three games he played.  However, he has a history of concussions, which makes him questionable.  I would love to see Lawrence Guy return. I hope that is something the Pats will do.  I also see them drafting a DT as well.

3) Devin McCourty leads the secondary, the strength of the Defense.  Patrick Chung retired, waiting until the Pats had signed Jalen Mills as his replacement.  Mills was not on my radar.  He has tremendous versatility in that he can play S, CB, or the slot.

4) The Patriots gave JC Jackson a 2nd round tender.  This move surprised me because I thought they were higher on him than just a 2nd round tender.  However, I believe they gave him a 2nd round tender so that more teams would be interested in him.  These other teams are setting his worth.  From there, they probably intend to sign him to a long-term contract and they will likely match any offer.

5) This leads to Stephon Gilmore.  Other Free Agent signings are setting his market too.  He is currently making $7M and I could see that boosting to double that in a three-year extension.  I still see the Patriots drafting a Safety and Cornerback in the draft.  Devin McCourty isn’t getting any younger.  As for his brother Jason, the Pats are still talking with him, but I would think that’s only in case someone gets hurt.  Adrian Phillips had a great year for the Pats last year and Kyle Dugger played much more than a typical rookie in the Bill Belichick defense.

The future is bright for the defense and I believe they will have the capability to keep us in the game and let the offense gel until they can carry the load.

Did the Patriots have insider information from Bob Kraft being on the negotiation team for the new TV contract?  The new deal wasn’t publically announced until after the new league year started and many Free Agent deals were already agreed to!  The Patriots back loaded the deals (as they usually do – nothing new here) and kept the 2021 year salary cap hits lower.  That is why Miguel Benzan (@PatsCap) is reporting they are presently slightly above $24M under the cap.  That doesn’t include the following contracts:

1)Trent Brown on a one-year deal

2) Justin Bethel on a three-year deal

3) Ted Karras on a one-year deal

4) Montravius Adams on a one-year deal

5) Raekwon McMillan on a one-year deal

The bottom line is they have more Cap space to sign players, or if a QB is waived by another team (Mariota or Garappolo) they could get them under their cap.

PFF has declared the Patriots the most improved

Using a metric system that measures Wins Above Replacement (WAR) of all the offseason moves the Patriots have made, they have improved by 6.9%.  That takes into account the players coming and going (Hightower, Chung, Cannon, Brown, etc).  The teams that have spent the most money during Free Agency over the past 9 seasons have improved between 3-6 wins over the previous season.  Remember the Patriots were inches away from two more wins last season.

It’s not the weather or the QB that entices Free Agents to sign with the Patriots.  It’s Bill Belichick.  Jalen Mills’ reaction to meeting Bill Belichick the first time is priceless.  Mills is talking with Belichick, and turns his back to him and yells to no one “This is Bill “[email protected]#%^(^#” Belichick”!  Of course, Belichick doesn’t miss a beat and continues uninterrupted with what he is saying.  Hunter Henry knew the Pats had already signed Jonnu Smith, and he signed because the money was good and he wanted to play for Belichick.  The overall sentiment is that Belichick puts the players in the best situation to help them and win games.

Kendrick Bourne sought out Wes Welker, 49’ers WR coach, and QB Jimmy Garappolo about their experiences in NE.  Both had glowing reports and that helped sway Bourne to sign with the Pats.