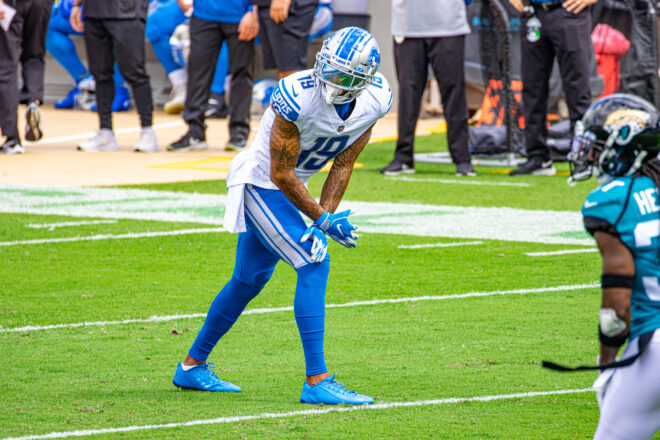 One other name that has been discussed here in New England heading into the offseason was free-agent receiver Kenny Golladay, but he came off the market on Saturday.

According to the NFL Network’s Ian Rapoport, Golladay has agreed to terms on a 4-year deal worth $72 million, including $40 million guaranteed.

The New York Post reported on Friday that Golladay’s recent visit with the club went really well after the receiver arrived at the facility on Thursday.  Golladay and head coach Joe Judge, along with members of his staff, talked and had dinner and from there, it just came down to getting the financial details done.

The 27-year old receiver is coming off a hip injury that saw him appear in just 5 games last season.  He was reportedly checked out on Friday after Golladay was sent to the Hospital for Special Surgery for evaluation.

Obviously, that went well and they figured out the financial details, which saw the Giants end up adding a talented receiver to their offense while taking another notable name off the market.