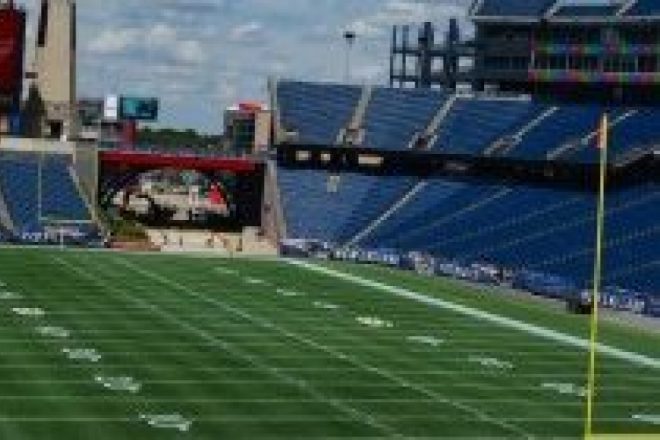 League Year Begins Soon: The 2021 NFL league year begins in less than 10 days (March 15), which means that more teams will begin jettisoning players that they can’t afford under the lowered salary cap for this year. It also begins the “legal tampering” period, where  NFL teams are permitted to contact, and enter into contract negotiations with, and reach an agreement with the certified agents of players who are about to become Unrestricted Free Agents at the start of the new NFL season.

But first, March 9, is the last day for teams to franchise tag players. Then on March 17, at 4:00 p.m. the league year opens and teams can begin signing free agents and the annual early feeding frenzy begins. Trades then can happen as well.

April 5th, teams with new head coaches can begin offseason workouts, for the rest of the league (including the Patriots) they can begin on April 19th. Franchised players have until April 23 to sign their tenders and then on April 29, the NFL Draft begins.

Tom Brady Rookie Card: The Tampa Bay QB, fresh off of his seventh Super Bowl win is now making records in the sports card memorabilia business. An autographed Brady rookie card sold this week for $1.32 million, according to PWCC Marketplace, making it a record-breaking sale that reset the all-time high mark for a single football card.

The buyer, James Parker a long-time Brady fan was excited about his purchase. “I lived in Boston for 10 years and so am a huge fan of Brady. The last Super Bowl win was just a mind-blowing accomplishment. I’ve also had a love of collecting cards since I was a kid. Given Brady’s uncontested status as the GOAT in football, this card is an important piece of sports history and of any collection and I’m incredibly excited to now own 1 of only 100 of Brady’s best rookie card,” Park said.

Cliff Branch HOF? Perhaps Stanley Morgan First: There was some buzz earlier this week as some fans of the Raiders and Branch were touting for the Raiders’ former great deserves to be enshrined in Canton, in the NFL Hall of Fame.

Branch caught 501 career passes for 8685 yards with an impressive 17.3 yards per reception average with 67 touchdowns for the Raiders.

But if Branch is worthy, then Stanley Morgan of the Patriots is certainly worthy as well, something we’ve believed here for quite some time. Morgan caught 557 passes in his career for 10.716 yards for an incredible 19.2 yards per reception with 72 touchdowns. Even more impressive is the fact that the Patriots were a ground and pound, 4 yards, and a cloud of dust team during Morgan’s best years.

Patriots Drafting Woes? We’ve beaten this dead horse many times but it is worth mentioning this, for all of the talk that the Patriots (read Bill the GM, hurting Bill the coach), can’t draft, there is this: On Twitter this week, we saw an intriguing post by @Bostonsportsinf

The Patriots in the past 20 years have led the NFL in wins…that isn’t exactly news, however, the team’s average 1st round draft pick was the 29.75th pick in the draft. When we frequently read that anything past 15-20 can be difficult to gauge, that is quite telling. But the better one is this:

“Over the last 20 years the Pats average pick number in the 1st & 2nd Rd of the draft was a league-high 39.41 Despite that, the Patriots finished 3rd in Weighted career approximate value (CarAV) for those picks”

Great bit of digging there.

4th & 2 Podcast – If you haven’t checked out our PatsFans.com podcast, “Patriots 4th & 2” in a bit, please check it out. Russ, Derek, and I recorded a podcast where we discussed free agency, QBs, and more.

2021 Is a Year of Uncertainty For QBs League Wide:

The Patriots are in dire need of quarterback help in 2021 but they are hardly alone. It seems like if you take a look around the league, every division has some issues at QB for at least one but in some cases more than one team.  Looking around the league it is a major issue this year.

Miami- Are they sold on Tua? It would seem like they’re exploring their possibilities

AFC North: With the recent restructuring of Ben Roethlisberger’s contract, the AFCN appears to be one of the more secure spots for QBs

Cincinnati – Joe Burrow, got hurt but is the guy there
Cleveland- Baker Mayfield isn’t going anywhere
Pittsburgh – Roethlisberger is set for now, but if his late-season struggles continue?

AFC South:
Houston – Deshaun Watson’s situation is far from settled, he could be moved soon
Indianapolis – The Colts traded for Carson Wentz
Jacksonville – Trevor Lawrence…c’mon on down!
Tennessee – Ryan Tannehill is set for now

NFC East:
Dallas – Dak Prescott is a free agent but is expected back
NY Giants – Daniel Jones is safe
Philadelphia – Is Jalen Hurts going to be the guy?
Washington – Alex Smith is gone and the WFT needs a QB and a new name

So other than the AFC North, where it seems all are secure, every other division in the NFL has QB issues. So what does that mean for the Patriots and their search for their next QB?

It means that they are hardly alone in the search for free agents, trades, and key prospects in the upcoming 2021 NFL Draft. And while many are hoping for that trade or draft pick, their draft position (#15 overall) isn’t putting them in a good position unless they are able to move up by offering a combination of picks and/or players.

The Patriots have been the rumor of just about every QB that is or isn’t on the market since the season ended. Take your pick, the scenarios have been at times bizarre, Aaron Rodgers, Russell Wilson, etc.

So now the talk revolves around Gardner Minshew of the Jaguars…Former Patriots scout Jim Nagy believes the Patriots and Minshew are a good fit. And that prompted several fans and media types to writing about scenarios with the Patriots sending a third-round draft pick for Minshew, with the Jaguars about to select Trevor Lawrence in the upcoming draft. So, first of all, teams don’t draft a QB with the #1 pick if they have a franchise QB on the roster.

A third-round pick for a guy who is a glorified back-up is far too rich. We frequently write about opposing QBs who attain “garbage-time” stats when games are out of reach. Minshew’s two seasons in Jacksonville have essentially been all garbage time. A third or fourth-round pick is far too rich for him.

And even with Lawrence coming in, why would the Jaguars part with a backup or even a half-season bridge QB on a rookie contract? It would not be a smart decision and the Khans are hardly the type of ownership to make that kind of blunder.

Thanks but no thanks on Minshew.

While my head tells me the Tampa Bay defense can’t hold up against Kansas City, I’ve learned what folly it is to bet against Tom Brady. So, I’m going to take Tampa Bay on a last-second field goal that will put Brady at #7, and the usual suspects can point at the score and bemoan that Brady was pulled out by a kicker again.

The Buffalo Bills have signed strong-safety Micah Hyde to a two-year extension, worth $19.25 million, the team announced on Friday.  He also received a $7.5 million signing bonus. The deal will keep Hyde under contract until 2023.

Hyde has been remarkably durable in his eight-year career, missing just two games, one in his four-year stint with Green Bay, and one during the last four years with the Bills. He, Jordan Poyer, and TreDavious White are all part of an excellent secondary who all came to the team during the 2017 offseason.

Miami Trying to Trade Kyle Van Noy Rather Than Release Him:

The Miami Dolphins signed former Patriots linebacker Kyle Van Noy to a 4-year, $51 million dollar contract last spring, but that marriage is about to end after only a year. Van Noy said publicly this week that he was told that barring a trade he’d be released.

By trading Van Noy before March 19, Miami won’t be on the hook for his $12.5 million dollar salary in 2021. But with the cat out of the bag due, in part to Van Noy’s own statements, Miami is in a bind hoping for anything beyond a Day 3 prospect.

With the salary of $12.5 million also a factor, teams will probably be content to wait until he’s released and then making him an offer. It will be interesting to see if the Dolphins can work out a deal to trade him, although I wouldn’t expect Foxboro to be a trade destination, given it is within the division.

The Jets Are Reportedly Asking A 2nd Round Pick For Sam Darnold:

“Recently I was offered the opportunity to receive the Presidential Medal of Freedom, which I was flattered by out of respect for what the honor represents and admiration for prior recipients. Subsequently, the tragic events of last week occurred and the decision has been made not to move forward with the award.

“Above all, I am an American citizen with great reverence for our nation’s values, freedom and democracy. I know I also represent my famil,y and the New England Patriots team. One of the most rewarding things in my professional career took place in 2020 when, through the great leadership within our team, conversations about social justice, equality and human rights moved to the forefront and became actions.

“Continuing those efforts while remaining true to the people, team and country I love outweigh the benefits of any individual award.”

Bill Belichick’s comments about turning down the Presidential Medal of Freedom award from outgoing President Trump. Much of the Boston sports media horde lambasted Belichick when he was announced by the White House as being a recipient of the award.