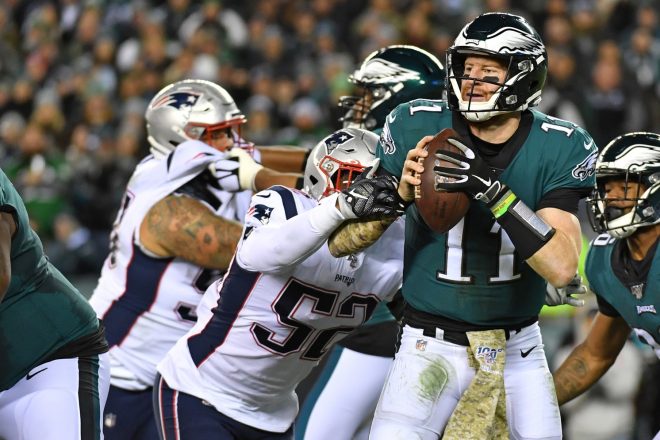 There have been quite a few reports recently about a variety of teams interested in Eagles quarterback, Carson Wentz, but it appears we finally know where he’s headed.

According to ESPN’s Adam Schefter, the Eagles have reached a deal with Indianapolis in a trade for their disgruntled QB.  The deal reportedly includes a price tag that’s lower than some expected, including a 2021 third-round pick and a conditional 2022 second-round pick.  However, Schefter is also reporting that the latter pick could potentially turn into a first should Wentz’ playtime finish at or above 75%, of in the event he plays in at least 70 percent of the plays and the Colts make it to the postseason.

Reports over the last few days had indicated that Indianapolis was where Wentz preferred to be dealt, despite the fact the Bears had made a strong push for his services.  The question seemed to center around what the Colts were willing to give up, which was what the hold up was since they had apparently set a bar they weren’t willing to move on.

Given the final cost to acquire him, it seems like Wentz’ preference to play there likely played a factor as it seems a little light given what we’ve heard in recent weeks.  It also likely resets the bar for other potential deals for similar QBs who may get moved in the coming months.