2 years ago at 10:43 am ET
Follow @IanLogue
Posted Under: Patriots News 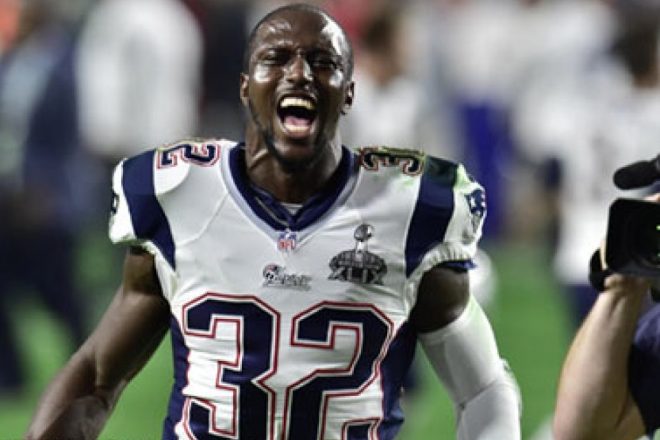 Patriots safety Devin McCourty has been one of New England’s key defensive players over the years and it sounds like he’s open to coaching when his playing days come to an end.

McCourty recently did an episode with his brother, Jason, on their podcast “Double Coverage” talking about a variety of topics, but one thing that stood out was the fact McCourty talked about an interest in potentially coaching down the road.

With all the coaching vacancies this offseason, the topic came up and Devin said that in a couple of seasons, it might be something he’d be open to pursuing.

“I’m trying to convince my wife the way this is rolling we can retire in a year or two and give it 4-5 years, we could be running our own team,” said Devin.

“You have to also be successful,” said Jason.

“I’ll just go to a team that has a defensive-minded coach,” replied Devin.  “He’ll call the defense and I’ll just be the D-coordinator. They say, that’s the best way to get a job.”

The two have already seen a couple of former players start working their way into coaching in New England. Former Patriots wide receiver Troy Brown has spent time coaching the running backs and kick returns, while former linebacker Jerod Mayo has been a defensive coach and has already had a head coaching interview after being considered for the Eagles head coaching job as Philadelphia looked at multiple candidates.

McCourty has had a terrific career in New England and the idea of him coaching down the road shouldn’t surprise anyone. Hopefully, for the Patriots’ sake, he’ll be around for at least a couple of more seasons.

READ NEXT:
Not Rooting For Tom Brady This Weekend? Here’s One Reason Why You Should
Posted Under: Patriots News
Tags: Devin McCourty Double Coverage Podcast Jason McCourty

By: Steve Balestrieri
But we need to continue to work to do things better on our end. Then as it relates to our specific opponent. There's no magic…
11 hours ago