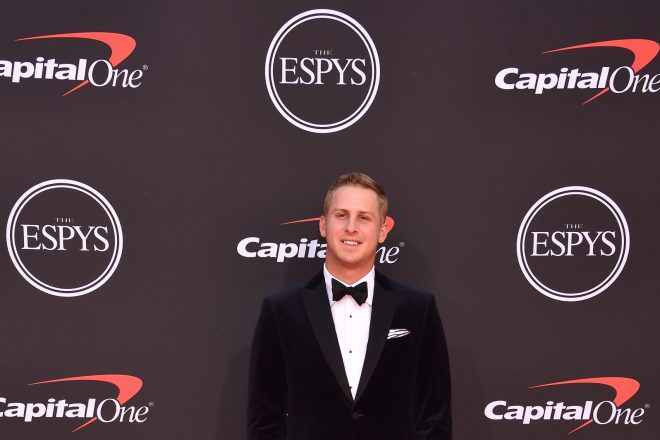 According to ESPN’s Jeremy Fowler, the Rams are among teams who have inquired about Detroit Lions quarterback Matthew Stafford.  Fowler reports that the two sides have apparently discussed a potential trade, with Los Angeles exploring what it would take to get something done.

It’s a little surprising considering that Goff signed a four-year $134 million deal during the 2019 offseason, which included $110 million in guaranteed money.

Fowler reports that these discussions likely don’t come as a surprise to the Rams QB, who was aware that his team would weigh other options this offseason and that he’s actually also open to a fresh start with a new team.

The veteran had a fairly decent year in 2020 before suffering a thumb injury at the end of the season, which derailed what had been a promising year.  He completed 370-passes for 3952-yards along with 20 touchdowns and 13 interceptions.

However, Goff battled through his injury and led the Rams to a Wild Card win over the Seahawks, before eventually falling to the Packers in Green Bay during the divisional round.

Patriots fans saw Goff back in Week 14 which, oddly enough, wasn’t that great of a performance during a blowout 24-3 win over New England.  Goff threw for just 137-yards along with one touchdown and one interception, finishing with his lowest passing yard total of the season.

How much better Stafford might be remains to be seen, as Goff certainly appears to have more upside.  The 26-year old has already led his team to one Super Bowl appearance, and despite his issues, he still finished 2020 with a 67% completion percentage, which was a career-high.

Where he’ll end up next season is anyone’s guess, but with this latest news, it certainly appears the Rams may be ready to close the door on Goff’s tenure in Los Angeles.