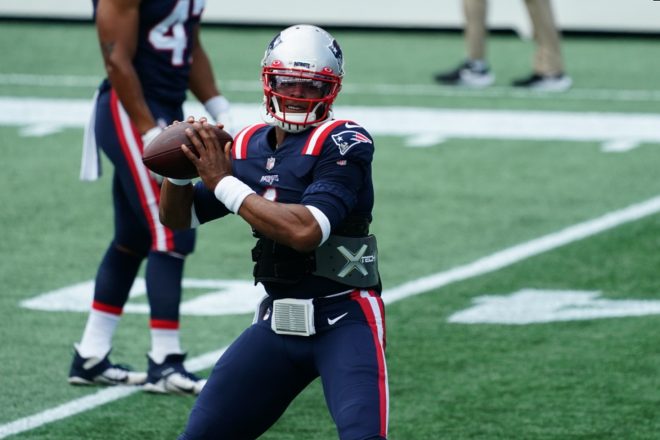 The Patriots ended a very disappointing 2020 season, one where they won’t be going to the postseason for the first time since 2008. But they ended on a high note, riding an impressive second-half comeback by downing the New York Jets 28-14.

It doesn’t really mean much, and one can’t glean anything away from this one other than to say that the team played hard for 60 minutes, and even after another bad sequence to end the first half and the beginning of the third quarter fought back and played tough enough to win the game.

It was a game for the younger guys as many of them saw extended reps. Again, you can’t really take too much away from it other than the fact that they were able to get some valuable experience.

Prior to the game, Adam Schefter announced that Cam Newton and the Patriots came to a mutual decision to go in different directions in 2021, something Bill Belichick denied in his post-game comments. But if he indeed is not coming back next year, he saved his best game for last in New England.

Newton completed 21-30 passes for 242 yards with 3 TDs and 0 INTs. He averaged over eight yards per pass play and finished with a QB rating of 127.4. He also rushed 11 times for a game-high of 79 yards. He also caught a pass for a 19-yard touchdown. It was a fantastic performance.

Newton had his best run of the year during the Patriots’ first drive, an impressive 49-yarder down the right sideline. Coincidentally, it was the longest run ever by a Patriots quarterback and Newton also set a single-season rushing record for a Patriots QB.

However, even in this game, some of the issues that plagued him showed their head. On several plays, his mechanics were off and as a result, his accuracy was poor. But overall, it was a very good game for Newton. If he had a couple of more those games, the outlook for 2020 may have been different.

Jakobi Meyers finished a strong season on a strong note as well. Meyers was Newton’s go-to guy in the passing game and snagged six passes for 68 yards. None were bigger than his huge 3rd and 19 catch where he and Newton connected for a first down. He also completed a 19-yard pass play to Newton for a touchdown. Josh McDaniels faked the Jets defense out completely and Newton was wide open where Meyers lofted a pass that Newton had to wait for it to come down.

Sony Michel had another very good game. Sony’s been running with authority, breaking tackles, hitting the holes better, and displaying better vision. He ran 16 times for 76 yards and … he displayed some nice hands catching three passes for 60 yards including a really nice 31-yard catch and run for a touchdown, Sony’s first receiving touchdown. It was, in essence, a day of firsts.

James White opened the scoring with a seven-yard touchdown catch from Newton. His first receiving touchdown of the season. And we actually saw the rookie tight ends get involved in the passing game, finally.

Devin Asiasi caught the first pass of his career and later on caught his first NFL touchdown. On that play, he leaked out down the seam and drifted to the right sideline, and he wasn’t picked up. By the time the single high safety reacted, it was too late. Newton lofted a perfect pass and Asiasi hauled it in with a good catch for the score. He ended up with a pair of catches for 39 yards and a score. Dalton Keene also had a catch for six yards.

Defensively, second-year players Chase Winovich, Adam Butler, and J.C. Jackson all loomed large for a defense that has seen its share of struggles. Winovich also finished on a high note with six tackles, two sacks, three QB hits, two tackles for a loss, and a pass defensed. Butler came up with a big sack, two tackles for loss, and a QB hit. J.C. Jackson had his ninth interception of the season, which tied him for the league lead. It was one of two picks of Sam Darnold (Jonathan Jones had the other).

Newton was asked after the game about his reaction to the praise he got for his leadership from Bill Belichick.

“I mean, I respected him prior to not even knowing him. I respect him even more just because — not because of the words that he said today but just being around him in this stint. I mean, the guy is just a walking historian of knowledge. He’s probably forgotten more football than I know. With me, I’m always eager to learn, eager to kind of talk about the good old days from his time wherever he was. He’s just such a great teacher, teaching the game of football. For him, if his mentality is up here, everybody else, the coaches, the players, then everyone else, it kind of rubs off. There’s no question why they’ve had so much success in this franchise during his 10 years. He’s such a master of focusing on the details. I keep going back to it. We didn’t do it enough this year. At times when we did, it was a thing of beauty to watch. For him, it all starts with the head coaching. He speaks on fundamentals each and every single day.”

So, the 2020 Patriots season is over. We weren’t sure, there’d even be one but it was still disappointing. And now it is time to turn the page and move on to 2021. There is a lot of work to do for Belichick and the coaching staff. Stay tuned…

I for one hope Cam is back next year, he truly was impressive I look at Rams, Seahawks, Jets games, seems like he should be govem a shot at 2021.

By: Robert Alvarez
Randy Moss reveals he almost made a return to the Patriots prior to retiring during a conversation on ESPN's "Manningcast".
3 hours ago

By: Robert Alvarez
Mic'd up sights and sounds from the Patriots' sidelines during Week 13 against the Buffalo Bills at Gillette Stadium.
4 hours ago

By: Robert Alvarez
Patriots defensive lineman Lawrence Guy is nominated for the NFL’s 2022 Walter Payton Man of the Year Award for community service work.
4 hours ago

By: Ian Logue
Monday night's game in Arizona is obviously an important one for the New England Patriots, but it may end up being a critical one for…
13 hours ago