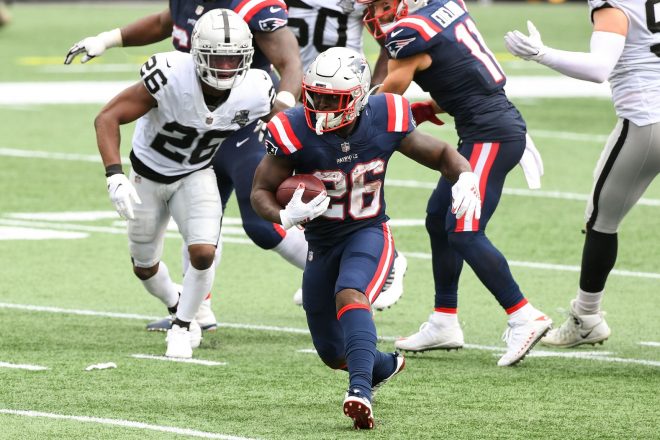 We hope everyone made it through the first nor’easter this week, it was a big one. But the Patriots have a respite from it and the cold weather today as they’re in Miami where game time temps are forecast for 79 degrees.

Congratulations to the Buffalo Bills who broke the Patriots streak of 11 straight division titles, their last division crown happening 25 years ago. They earned it and are deserving. But putting up a billboard in Foxboro? Tacky, will there be a sex toy on the board?

Speaking of tacky…enough with the incessant whining about Tom Brady. First of all, Brady didn’t ditch New England, they made a decision to move on long before he actually left. Remember why he was so dour last summer? And as Brady gets older he doesn’t want to spend any more winters in the Northeast. What a shocker. So, instead of saying, “he’s not one of us”, it should be said, “he’s exactly like tens of thousands of snowbirds who venture south in the winter.

According to the AP, in Florida, 3.6 million Canadians visited last year, with the vast majority going in the winter…and that isn’t counting the Northeast U.S. Canadians account for only about 10 percent of snowbirds… in case you were wondering.

Damien Harris: The Patriots’ second-year running back was downgraded to out for today’s game against Miami with an ankle injury. Also ruled out was WR/KR Donte Moncrief, with a thigh injury. In lieu of Harris, the team will go with RB Sony Michel as the starter. Maybe it will open the door for J.J. Taylor to get some snaps.

Shilique Calhoun: The Patriots’ outside linebacker has been activated off of IR where he had been for three weeks with a knee injury. He began practicing this week so, his activation caused the team to have to cut a player and that was DT Isaiah Mack, who the team claimed off waivers from Tennessee.

Other players who began practicing this week were Julian Edelman and Carl Davis. But Edelman will miss his eighth game in a row.

Looking For a Great Christmas Gift for a Patriots Fan? One of the great guys on Twitter and perhaps the best Patriots historian out there is Bob Hyldburg aka @BobtheStatMan Bob has been a friend of ours for about as long as I’ve been around PatsFans, nearly a decade now. Bob just wrote another book and it is one that is a perfect coffee table book that will be guaranteed to be opened every week during games, and that is “Relive Patriots History”. There’s still time… order one today.

Did You Know?… On this day in 1987, the Patriots beat the Buffalo Bills 13-7 as the defense was outstanding holding Jim Kelly to just 64 net passing yards, sacking him 5 times for 61 yards. Garrin Veris with 2 sacks and Andre Tippett with 1.5 sacks led the way. Reggie Dupard scored on a 36-yard run.

4th & 2 Podcast – If you haven’t checked out our PatsFans.com podcast, “Patriots 4th & 2” in a bit, please check it out. Derek and I recorded a podcast on Thursday to talk about the upcoming game with the Dolphins.

With the Patriots needing to win out and then have all of the stars align as well as finding the leprechauns’ pot of gold to make the playoffs, their chances of making the postseason hover around 2-3 percent.

But regardless here are our Patriots players to watch in this afternoon’s game:

Sony Michel: With Damien Harris ruled out, Sony gets the starting role back and it will be a great opportunity to sway the coaches and shine in the spotlight down the stretch. Now with Sony back in the spotlight, it will be him, James White, and J.J. Taylor.

But the pressure will be on Michel, as he’ll need to show that he can hit the holes quickly and decisively as well as Harris has been able to do.

Devin Asiasi/Dalton Keene: The Patriots drafted these two rookie TEs this season and haven’t got any production from them. But neither has had his number called much at all. So, the coaches need to call plays to get these guys involved early and often. Of course, the QB is the one that has to get them the ball. Therefore…

Cam Newton: The season hasn’t worked out the way we all envisioned when we saw Newton gash the Dolphins defense on Week 1. Newton then passed for nearly 400 yards in Week 2 and despite the loss against Seattle, we all breathed a sigh of relief believing that the offense was going to be alright.

But that hasn’t been the case since. The offense can only rely on the running game as the short-to-medium passing game that was the Patriots’ bread and butter for so many years has all been MIA.for most of the season. Newton needs to pass more down in the red zone. Much of it is a confidence issue, in our opinion. Start using the big body WR (N’Keal Harry) and the two rookie tight ends and get all three the confidence to go into 2021.

Josh Uche/Anfernee Jennings/Kyle Dugger: We combined the three because along with Chase Winovich, these guys are the future of the defense. Uche has the athleticism to be a very productive player in the league and shown flashes after missing some time early in the season.

Jennings has the size and length that the Patriots have always coveted in their linebackers and his role is increasing as the season is wearing on. Dugger has been seeing a lot of snaps with the defense. He’s also showing flashes of being dominant at times and hits like a truck out there. When dealing with rookies, you’ll have to live with their growing pains, and they’ve been there. We know Bill Belichick likes to go with the veterans, so, we’ll probably not see those three as much as we probably like.

But we’ll be keeping our eyes on the rookies (and 2nd-year Winovich) down the stretch as these players will be leaned on big time in 2021. And we’d love to see them too build off of some good reps and confidence heading into next year.

No divisional notes this week, they’ll return next week.

“It’s good to have them back out there,” said Belichick during his media conference call on Wednesday. “Last week, they had a little more playing time, but unfortunately it didn’t correlate into more practice time or quality practice time because of the schedule we were on. So, we’ll see how it goes here as they get more experience and reps at what they’re doing and then how that transfers over into the game.”

Both guys missed some time there kind of right in the middle of the season after they’d gotten started and had made some progress, and then weren’t able to continue and now have resumed full activity,” Belichick said. “So, hopefully, we can make progress every day. We’ll just have to see how that all works out here. …I think we made the most of what we had, but, yeah, not ideal. You’d like everybody out there all the time, but unfortunately that’s not really realistic in the National Football League.”

Bill Belichick after being asked about the Patriots rookie tight ends Devin Asiasi and Dalton Keene.