On Saturday, New England Patriots cornerback Stephon Gilmore celebrated his 30th birthday and social media reacted with some video highlights and wishes from his teammates and others across the NFL.

The 2019 NFL Defensive Player of the Year already has his first interception of the season and limited DeVante Parker to just four catches for 47 yards during last Sunday’s week one win over the Miami Dolphins.

Take a look at some of the best content shared below.

Back when @BumpNrunGilm0re was just a kid from Rock Hill, S.C. pic.twitter.com/qelEwkppzy 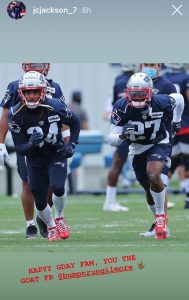 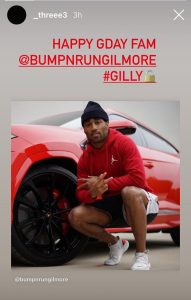 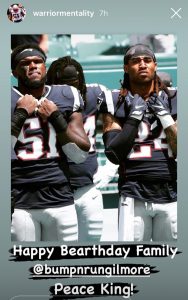 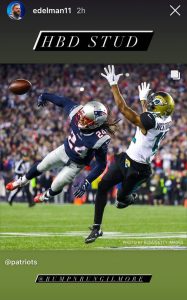 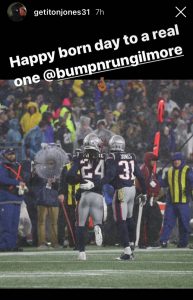 In a cool moment, Stephon’s brother Steven recorded an interception on his birthday during Marshall University’s 17-7 upset win over 23rd ranked Appalachian State.

Unfortunately Gilmore won’t have much time to celebrate this weekend as he’ll have his hands full against Tyler Lockette and D.K. Metcalf tonight in Seattle.

“D.K. is very strong, very explosive, can make big catches. And Lockett is a great receiver, too. Great speed, good after the catch,” Gilmore said. “And they got a great quarterback, too. So, it’s going to be a big challenge for us.”