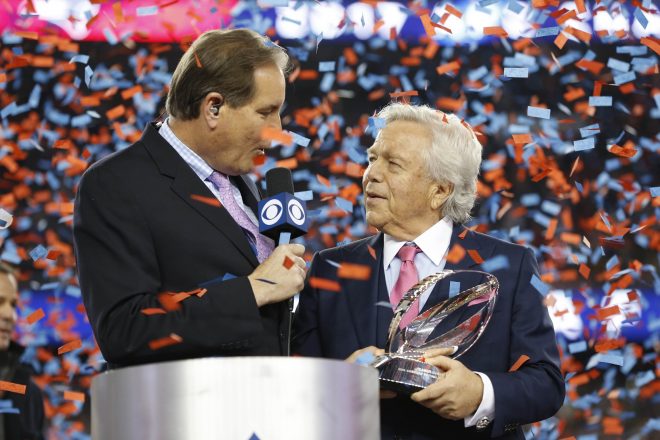 On Friday, the New England Patriots and the Kraft family announced they will be pledging $1 million ($100,000 monthly for the next ten) to local grassroots organizations, chosen in collaboration with Patriots players, that are fighting for equality to end systemic racism, and create meaningful change in America.

“Change always begins with listening and learning. These organizations will be invited to speak to our executive staff and senior management across the Kraft group businesses so we can learn about their work and continue to grow in knowledge and awareness, especially among those in leadership positions.”

You can read the full announcement in the tweet below.

Our eyes, ears and hearts are open. pic.twitter.com/lmD16Szesj

The announcement comes a few days after the Kraft family released a statement regarding racial injustice in the United States and the murder of George Floyd in Minnesota.

The commitment to additional social justice causes in 2020 marks the second time in a year Robert Kraft has contributed to helping end racial inequality in the American legal system.

Back in 2019, Robert Kraft teamed up with musicians Jay-Z and Meek Mill in starting a criminal justice reform organization called REFORM Alliance.

The goal of REFORM is to reduce the number of people serving unjust parole and probation sentences while also correcting an uneven legal system.

For more information, check out the video below.

How Was This Article?
Posted Under: Patriots News
Tags: Robert Kraft