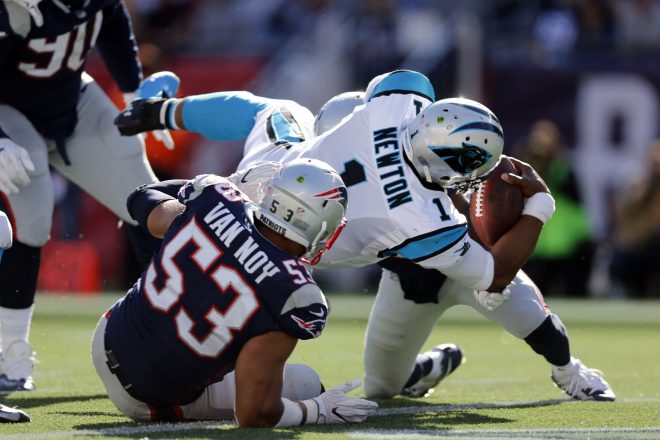 On Monday, NFL Network’s Ian Rapoport announced that free agent linebacker Kyle Van Noy had come to an agreement with the Miami Dolphins on a four-year deal worth $51 million dollars.

Van Noy had spent the past four seasons with the Patriots following a trade from the Detroit Lions and was apart of three trips to the Super Bowl and two championships.

The signing reunites Van Noy with head coach Brian Flores who was his linebacker coach with the Patriots from 2016-2018.

On his social media accounts Monday night, Van Noy posted a thank you to Patriots nation.

A few ex-teammtes tweeted out congratulatory messages to Van Noy following the news.

Might play tackle for a play to pancake you 🤣🤣🤣🤣🤣-Dmac pic.twitter.com/LVpaXEB4N1

READ NEXT:
Are You Someone Who Is Ready to Move on From Tom Brady? If So, You Need to Stop It
Posted Under: Patriots News
Tags: Devin McCourty Dont'a Hightower Ja'Whaun Bentley James White Jason McCourty Kyle Van Noy Lawrence Guy