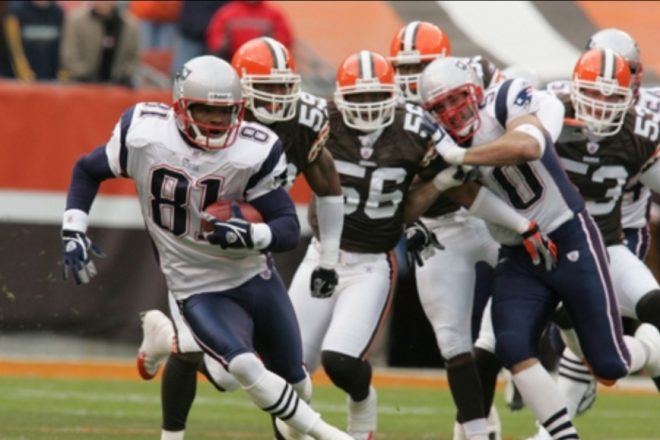 Bethel Johnson grew up in the Dallas suburb of Corsicana, then traveled a couple hours south to Texas A&M. As a member of the Aggies he set what was then a school record for receptions and receiving yards. He and Ty Warren were teammates at College Station.

Johnson had modest numbers as a member of the Patriots. In 39 regular season games he made seven starts, with 30 receptions for 450 yards and four touchdowns. His performance on kickoff returns was superior, averaging 25.1 yards on 102 returns with two touchdowns.

Those numbers back up a case for Bethel Johnson being a major draft bust when considering how early he was selected. The question that is not asked though is why did the Patriots use a second round pick on Johnson, when they already had two young receivers (David Givens, Deion Branch) and a pair of solid veterans (Troy Brown, David Patten)? Considering the competition it is no wonder Johnson saw limited playing time.

That is not to say that Bethel Johnson did not have any memorable moments for Pats fans. In 2003 he returned a kickoff 92 yards against the Colts as time in the first half expired, giving the Patriots a 24-10 lead. That was the same game that ended with Willie McGinest stonewalling Edgerrin James on 4th-and-1 for a 38-34 victory. Then in the 2003 postseason versus Tennessee Johnson had another clutch performance. In the freezing cold he hauled in a 41 yard pass for a touchdown to give the Pats an early lead. Then on 3rd-and-13 Johnson took a screen pass and managed to gain 14 yards, leading to New England’s second touchdown.

As a rookie Johnson made it a point to put money away and plan for the future. He is now back in Texas working as a financial adviser.

“I got into this about three years ago, because I wanted to help our guys in this industry to stop going broke and help guys understand how money works. I look at it as, ‘These guys are my brothers.’ Whether they played before me, or after me, we’re all in the same fraternity. The last thing you want to read is that a player’s money was mismanaged by someone who took advantage of them. I understand what players go through, because I was one of those guys, but I was different in how I saw money. I wasn’t a big spender.”

“I got my signing bonus and said, ‘Listen, I may never see this money again, so I want this to last me the rest of my life. What I don’t want to do is go back to being broke.’ That was the game plan.”

2019 was a redshirt season for Damien Harris. He was out with a hamstring injury for three games and was a healthy scratch fifteen times. His playing time was limited to brief appearances in two games against the Jets. In week three Harris was on the field for five special team snaps, and in week seven he had four carries for twelve yards while getting off the bench for five plays. Even when the Patriots were thin at running back due to Rex Burkhead’s injury Harris was invisible.

Richard James ‘Sleepy’ Klein began his pro football career as a draft pick by the Chicago Bears in 1955. He played in 24 games over two seasons with the Boston Patriots. In 1962 Klein and Charlie Long were both named to the AFL All-Star team at offensive tackle. In his post-football career Dick Klein owned and operated his own business selling municipal and industrial chemicals. 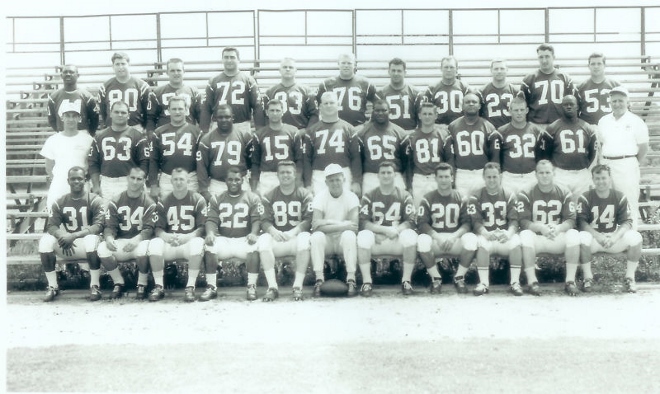 Ricky Feacher made the initial roster as a rookie in 1976, appearing in the first three games of the season. He had two receptions for 38 yards and returned ten kickoffs. Unfortunately he also fumbled the ball three times, although he was at least able to recover two of those miscues. Chuck Fairbanks released Feacher the day after a week three game turnover filled game against Pittsburgh. Cleveland picked Feacher up two weeks later and he would go on to play nine seasons with the Browns.

Other Feb 11 birthdays with a New England connection

Dennis Gaubatz, 80 (1940)
Pats 25th round (199th overall) selection of the 1963 AFL draft
The Patriots took a late round flyer on the linebacker from LSU. Gaubatz opted to sign with Detroit, who had drafted him in the eighth round of the NFL draft. He was a seven year starter in the NFL and played for the Colts in Super Bowl III.

By: Ian Logue
Some quick New England Patriots news and notes on this Wednesday.
8 hours ago

By: Ian Logue
Here's what Bill Belichick had to say during his weekly appearance on WEEI's The Greg Hill Show on this Monday morning.
3 days ago