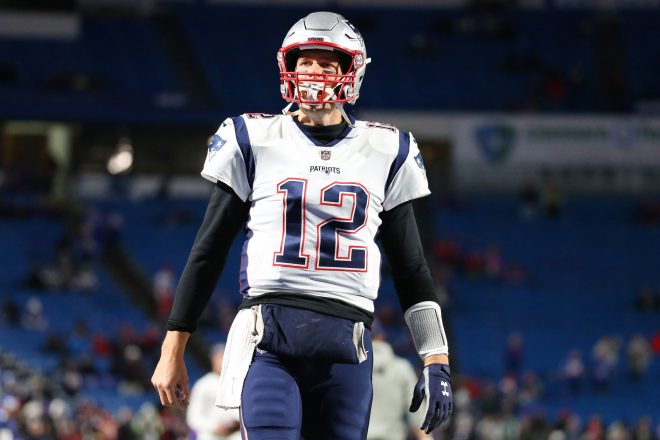 After the Patriots win over the Bengals last Sunday, running back Joe Mixon made news when he tweeted out that he was “too scared” to ask Tom Brady for his jersey following the game.

Brady replied to Mixon’s tweet the next day saying he’d send one his way and Mixon couldn’t believe it.

On Friday, Mixon finally received an autographed jersey and shared his excitement and appreciation over Twitter.

“Man I say this in the most humbled way I’m so blessed to be playing this game,” Mixon said in the tweet with a picture attached of him holding the jersey. “Super thankful for the G.O.AT., @TomBrady. Best Christmas gift ever.”

Man I say this in the most humbled way I’m so Blessed to be playing this game. Super Thankful for the https://t.co/eD9G0mRPE1. @TomBrady Best Christmas gift ever. Later Today I’m headed down to the boys and girls club today to give the gift forward today with my own jersey’s. pic.twitter.com/EpBtPSMigq

The goodwill didn’t stop there, Mixon intends to give the gift forward by sending his own jerseys to a local Boys and Girls Club.

READ NEXT:
“The East is Not Enough” – Patriots Hold Off Bills 24-17
Posted Under: Patriots Twitter
Tags: Joe Mixon Tom Brady